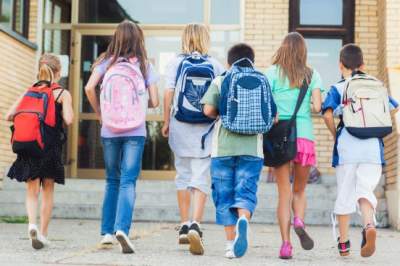 Children are sent to school all before

In some countries, children are sent to gnaw the granite of science much earlier than in Ukraine.

In most European countries, children go to school in six years. However, in Northern Ireland schooling starts in four years, Cyprus and Malta, in England, Scotland, Wales – five years.

In France, school age officially reduced to three years, while in recent years parents have children in school at this age. According to the President of Emmanuel Macron, this reform will help to eliminate inequality in education, because in poor areas parents seldom send their children to school at an early age.

In France at the moment, almost 98% of children aged three years attend kindergartens. Before the reform, children could not go to kindergarten, but now the state must guarantee them a place.

“Even in the younger group, children are taught to read and write (only his first name, then other letters), and the older ones learning to write in a notebook. Also from a young age are taught to believe, the seasons, names of months and days of the week,” says Liliya Ivanova, who lives in France.

She says at the end of the year the children receive an evaluation sheet where they put the rating on a scale of “can not”/ “is in the process of learning”/ “can”.

In some kindergartens children can visit the municipal library or swimming pool. After the end of the kindergarten children go to primary school.