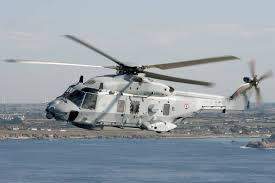 At least five people were killed.

At least five people were killed in the crash of two military helicopters in France. About it reports AFP.

It is noted that two military helicopters crashed on Friday morning after the crash by a lake in the province of var, about fifty kilometers from Saint-Tropez.

“The helicopter crashed, there were three members of the crew in one and two in the other, all died”, – stated in the message of the company of gendarmerie Brignoles.

Other sources mentioned earlier about the search for the body of the 6th man aboard one of two helicopters.

By 10:00 Friday all the bodies have not been found, one still stuck under the cockpit. Military helicopters involved in the accident belong to the light aviation school (EALAT) Cannet des Maures.