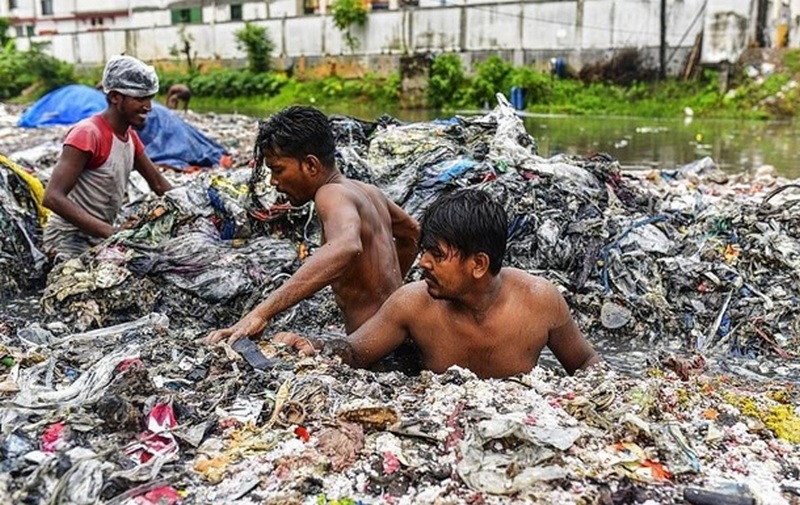 People are forced to work waist-deep in water with debris.

The work of scavengers in Bangladesh’s capital Dhaka, British newspaper the Daily Mail called “the worst job in the world”. Cleaners cleaning the river from waste while in the water with the debris, reports the Chronicle.info with reference to the Correspondent.

The tabloid published a photo on which the workers clean the pond. Men work in the water, full of debris. Someone standing to the waist, and some even under the chin. However, even despite these conditions, the cleaners smile.

According to the publication, the rivers of Bangladesh are among the most polluted water in the world.

In the country of any waste, including industrial, shed mostly in the water. The largest river in the country recognized by the Buriganga biologically dead. Every day it gets about 1.5 million cubic meters of hazardous substances, including chemical and domestic waste, sewage, medical waste dead animals. However, the capital’s residents swimming in the river and wash clothes.