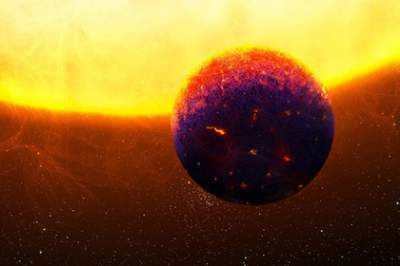 Super-earths the mass can exceed the Earth ten times.

Researchers from the University of Zurich in Switzerland and Cambridge University in the UK have discovered a new variation-class planets super-earths.

They are located to their parent stars closer than Earth to the Sun, and rich in calcium and aluminum.

Super-earths the mass can exceed the Earth in ten times, but considerably inferior to the gas giants. They consist of stone and metal species, but also can have a thick gaseous shell of hydrogen and helium and present a mini-Neptune.

However, when located in close proximity to the star the chemical composition of planets can be very different. For example, the depths may consist mainly of calcium and aluminium and craggy rocks to be rich in rubies and sapphires.

Scientists have identified three planets, which can treat this type: HD 219134 b, remote of 21 light-years from Earth, 55 Cancer e (41 light year) WASP-47 e (870 light years). The period of revolution of the first planet around the star is three days, and the last two is 18 hours.

According to the simulation results, on these planets there is no iron but there are aluminum, calcium, magnesium, and silicon. Accordingly, they have no core and magnetic field like the Earth. Their density is 10-20 percent below the earth’s density, and the atmosphere because of close proximity to their parent stars is missing. According to astronomers, HD 219134 b is so rich in rubies and sapphires, which can be red or blue.