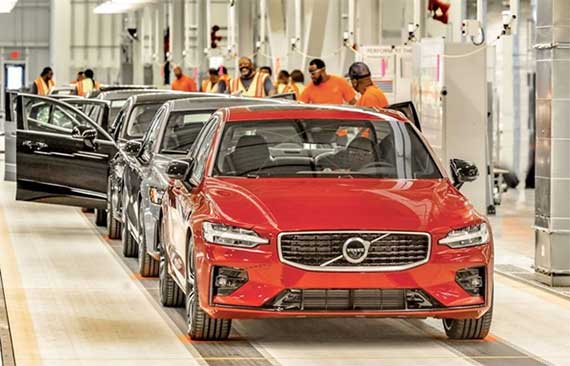 As a result of the pandemic COVID-19 and subsequent recession, global passenger car production is expected could be reduced by more than 20 percent and in 2020 to reach about 71 million vehicles, said Monday a top automotive research companies.

Such a sharp decline is considerably higher than earlier forecasts made at the beginning of this year and global manufacturers is cost reduction in the production of 19 million vehicles (in 2020), according to LMC Automotive, which notes that such a development would “get better”, depending on how quickly you will recover the major regions: USA, Europe and China.

Europe has already begun a sequential recovery of production, including such global manufacturers as Volvo, VW, Hyundai, which will increase from the beginning of may, but the General level of production until the end of the year is unlikely to recover.

In North America, where the bulk of the production in April continued to remain closed, automakers have delayed presentation and planned premieres of several new models, including crossover Tesla Model Y, Ford Mustang Mach-E and the redesign of the Jeep Grand Cherokee and full-size SUVs and crossovers General Motors, says LMC.

Analysts said they expect car sales in North America and Europe reached a low in April, and the post-pandemic recovery “in all probability will not be quick” in the coming months.

China, which is among the first countries affected by the coronavirus, has restored the production of most of their factories and now expects a decline this year by 12 percent, said LMC.

Expectations of a quick economic recovery strengthened, as the spread of the virus in many countries and regions have already stabilized and began to decline, according to the IHS researchers Markit.

Despite the fact that companies expect to see growth beginning to the end of the year, current forecasts “has apparently to be revised for the better”, as the pandemic recedes.