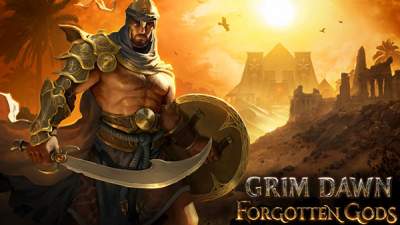 Grim Dawn — diablo-like RPG from the creators of Titan Quest.

On 25 February, exactly two years since then, as action-RPG Grim Dawn left the “Early access” on Steam and sped away in a release. The developers of Crate Entertainment wanted to celebrate the anniversary of the beautiful and expansions — Forgotten Gods.

Supplement will throw users into the burning desert, lush oases, and volcanic wastelands. We promise not only new skills, dungeons, enemies, hundreds of items, additional treatment and other fresh content, but minor improvements that will make the game more enjoyable. More on the extension creators will tell in the coming months.

The long wait for the release of another an action-Packed adventure in the world of Grim Dawn will not have the output of the Forgotten Gods planned for the second half of 2018.

Now the Crate is working not only on the addon — also the authors carry the game on Xbox One.