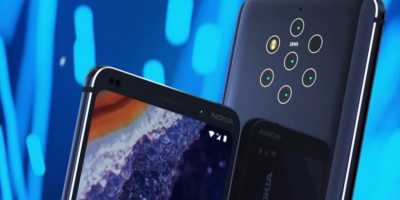 Smartphone with five cameras Nokia 9 PureView first planned show in December, then in January. Now the launch has been postponed again.

Apparently, the release of new products was postponed to the February exhibition MWC 2019.

After just a few minutes after Juho Services, Director of products, the company teased the new product announcements at the MWC event on Twitter this year, one source retweeted the message with their own comment, stating that the company has again decided to postpone the debut of Nokia 9 PureView.

A few hours separate source provided additional comments on the situation. In General, they seemed much less skeptical. It was stated that invitations to the presentation of the gadget will send out next Wednesday, January 16. If this does not happen, then it is safe to assume that the opening was postponed until MWC 2019.

According to preliminary data, the smartphone will get a wide display with an aspect ratio of 18:9, front-facing 12 Megapixel camera, up to 8 GB of RAM and battery capacity 4150 mAh battery. It will be equipped with five cameras at the rear, among them one 24 MP and two cameras with 20 MP and 12 MP.