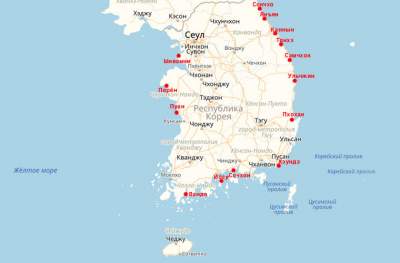 The country is surrounded by seas.

A new direction for those who want to break away from the warm sea, gentle sun and soft sand. Talk about the best beaches of the Yellow sea and East and about the features of a beach holiday in Korean.

Beach camping in the East sea

Most Koreans favorite summer destination located on the shore of the sea of Japan, which South Korea called the East. Its coast is renowned for its clear waters, wide sandy beaches and picturesque coastline. In contrast to the high tides on the Yellow, friendly surf will easily charm the most demanding visitor. Beaches in the cities of Sokcho and Donghae, beach Gyeongpo and Jeongdongjin in Gangneung, Naksan in Yangyang, Samcheok Chanho the best in Gangwon province; to the South is the beach of Kurepa in the city of Pohang, province of Gyeongsangbuk-Do and, of course, the most famous Haeundae beach in Busan. 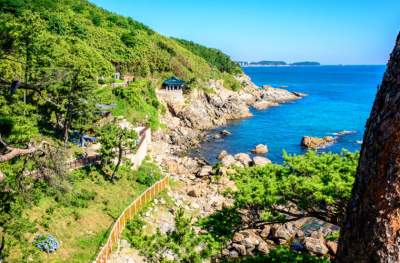 Traditionally, beach seasons in their purpose are divided into winter (Christmas) and summer.

It is on the coast attracts Koreans in new year’s eve to welcome the first sunrise of the new year, although a fascinating spectacle over the sea horizon can be observed all year round. 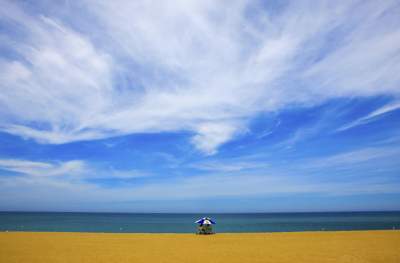 In the summer in search of coolness from the sultry Metropolitan areas on beaches attracts crowds of tourists — however, unlike the foreigners, the local population is in no hurry to sunbathe or swim in open water. Get ready to see the ranked tents, from head to toe dressed Koreans sail from the shores of more than 5 m with inflatable mattresses and circles. Perhaps the saying “Not knowing Ford, not poke your nose into the water” has Korean roots. The chances of seeing tanned Koreans are small. It would seem, beautiful sandy beaches, warm sea, a sultry breeze, the natural vitamin D. But no. The reason lies in the socio-cultural features: in Korea it is fashionable to be “peaky” massively consumed beauty tools, toning and brightening the natural color of the skin. And tan does not fit into your daily beauty care. But the fashion for a suntan among Europeans has not been canceled: light brown skin tone — a necessary attribute of a relaxing holiday, and acquired the coast of the East sea carries some degree of piquancy and originality.

The sea in the window 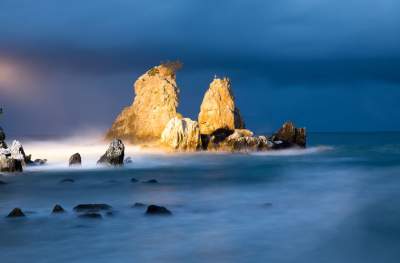 An original way for one day you can visit several beaches on the North-East of the country in Gangwon province. From March to October along the coast with a length of 56 km runs tourist “coastal” train. Comfortable seats in cars facing the window, where for an hour until the train goes from station Contandin station in Samcheok, you can admire the beautiful panoramic views of the East sea. As stated in the advertising slogan of the carrier: “Dissolve all your worries in the refreshing types of far horizons and the rolling waves”. 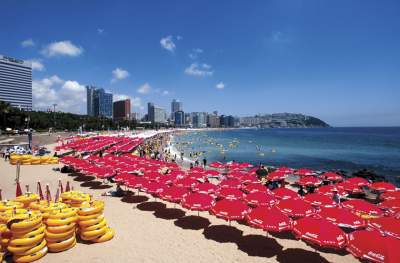 Stopping during your Korean trip to Busan, second largest metropolis of the country, be sure to visit business card of the city — Haeundae beach, the biggest, most famous and most crowded beaches of the country. From downtown to the beach, 1.5 km long at hand, which contributes to the holding of various festivals and cultural events, and the coastal area in the evenings playing street musicians. Like any other beach in Korea, Haeundae-equipped rooms, dressing rooms, cabinets for storage, showers, potable speakers, rinses sand, extensive areas of equipment rental and blocks of restaurants with seafood.

TIP: Wondering what the night life on the beaches has been simmering in Korea is not allowed to spend the night at sea, and the beach camping is particularly relevant at the weekend. Put the tent away from: 1) water (night tide) and 2) launching fireworks vacationers. There is such a national pastime: to run small lights and sparklers on the beach with the sunset. A small action mood will not spoil, but for the scorched tent would be a shame, especially if it’s a rental.

The beaches are under protection of UNESCO 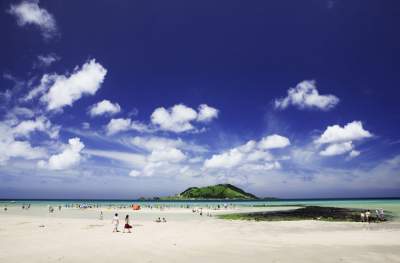 In the South of the country should pay attention to the beaches of Jeju island: HEFCE, Jungmun, Namdar. The smallest South Korean province and largest island of the Republic owes its origin to the eruption of the volcano Hallasan many millions of years ago, so the coastline is an intricate alternation of steep volcanic pillars and white sandy beaches. In 2011 at the international contest New Seven Wonders of Nature Jeju island it has been recognized as one of the seven new wonders of nature, and is also listed in the UNESCO world heritage list. Moreover, the island is unique in its history. From the place of exile of political prisoners is still a couple of centuries ago, Jeju island has become one of the most popular tourist destinations, especially among honeymooners and schoolchildren during the summer holidays and foreign tourists, particularly Chinese. Pristine beaches, picturesque nature, mild climate, ancient history and infrastructure — the success of the resorts on the island of Jeju-do. 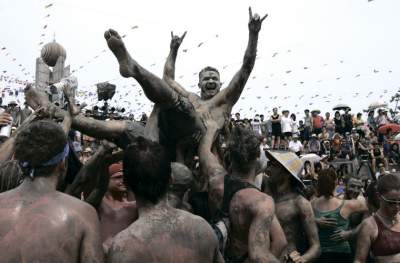 The beaches of the Yellow sea does not concede the relevance of its competitors on the East coast. It was here, in the Yellow sea, was born of a great Chinese and Korean civilization. Most nearby to the capital of the shallow beach, Inveni in the city of Incheon is ideal for families with children, but also suitable for fishing, along the pier you can rent fishing rods and fishing boats. Daecheon beach in Boryeong gained its popularity thanks to the annual international mud festival. During the week in mid-July, you can swim in a giant mud pool, the mud bath and mud massages, participate in mud games and rides, and just smeared thoroughly.

Beach holidays in Korea are diverse and unique, everyone will find here something for themselves. Complex about the shapes? Boldly go into the water t-shirt and shorts — not only will stand out, but even lost among the locals. Don’t know how to swim? It does not matter, you are allowed the coast guard, despite the buoys in dozens of meters from the shore. Don’t like passive beach holiday? Ahead, Hiking, coastal walks and attractions. Finicky eating habits? Sure to find a seafood delicacy for yourself. Convinced? Then pack your bags — a visa-free Korea is waiting for you.