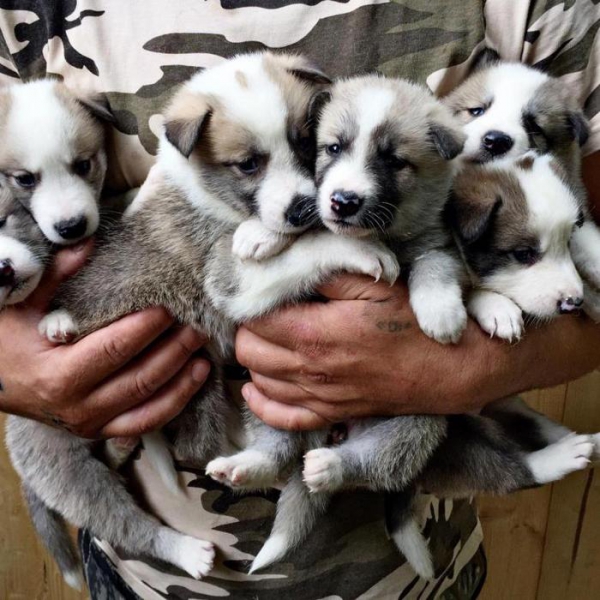 “Fat dog. Very useful. Produce puppies huskies, are engaged in their cultivation more than 15 years. Responsible for the quality! Delivery to any region of Russia by mail or transport company”.

Portal Avito shocking announcement. A Denis Sergeevich in the open markets, fat puppies huskies banks. 2500 rubles for a half-liter jar. I can only imagine how much he left this “deficit” means, and how many dogs needed for its production, given that the seller is engaged in this lucrative but illegal business for 15 years. 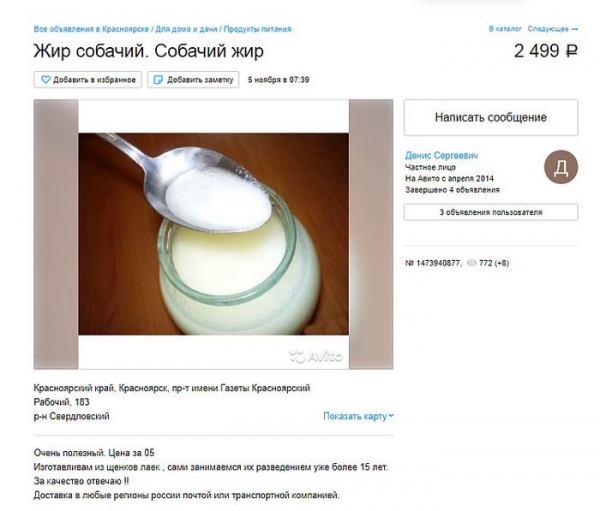 There is not only the animal from the horror of her hair began to stir. The seller calmly said about the unusual products and even proudly talks about his miraculous properties. To reach man was not difficult, under the ad listed his phone number and address.

He was approached by the media, who decided to give publicity to this situation.

– Yes, I sell dog fat, proudly stated by the seller. During a conversation he was clearly slurring.
– How did you get it?
– What do I know? Well, the relatives are bred… They are doing to themselves, and the remainder I sell. Who knows – takes. This is for those who have the lungs diseased. If you don’t know why Koreans are so like to eat dogs read on the Internet.
– This is inhuman…
What do you mean human or not? You pork and beef you eat? Love the chicken, right? You think about the fate of chicken?
– One thing a chicken, another dog, man’s best friend…
– With what you have? For me, the chicken is man’s best friend. In General, I’m calling a different ***[idiots], Greenpeace. But I used to have. I’m a military man, I do not proshibesh.
– My product has cured and saved many people from deadly diseases. God forbid, your daughter gets sick so – and- goes untreated pneumonia or bronchitis lingering. I see how you jumped.

Audio conversation with Denis Sergeevich and his ad has interested the police. If this is a real fat puppies huskies, as indicated in the description, the man is threatened by punishment after the fact of cruelty to animals (article 245 of the criminal code).

After a high-profile publicity the ad was blocked by the portal Avito, but this does not mean that the man will cease to torment the poor puppy. Who knows how many more in the country flayers. If nothing is done, they will continue to torture animals to benefit themselves and their wallet.