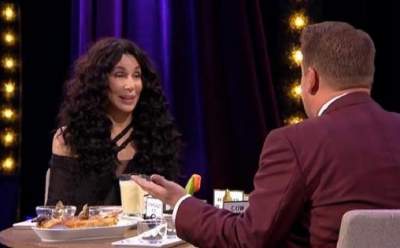 Recently released a new edition of the American TV show “The Late Late Show with James Corden”, which was attended by iconic pop singer cher. The star shocked fans unexpected thing during the show.

The rules of the game show “Spill Your Guts or Fill Your Guts” guest star needs to answer any sincere question or eat anything disgusting.

Already the first question from host James Corden put the singer in front of a difficult choice. Cher had to talk about her top four lovers.

Cher laughed, but chose not to answer. For refusing she had to eat a dried caterpillar.