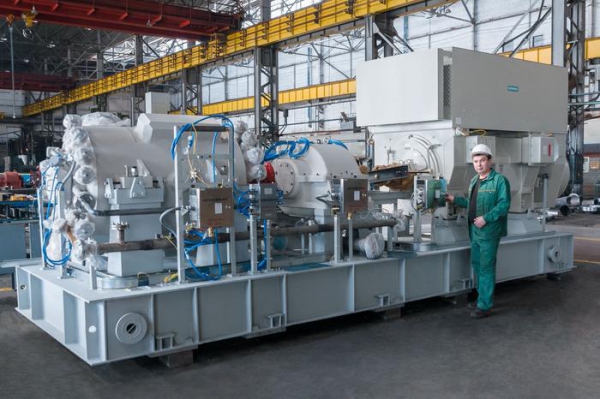 The compressor unit of production “Kazancompressormash”

Know the basic law of the media? Well, at least the Russian media? It’s simple: If nothing bad happens, you need to think of something.

In the Top Yandex hanging news that Gazprom treacherous Austrians via satellite disabled imported compressors. The Internet exploded with indignation, and even more from the evil giggles and sarcasm. Get the media hype and the trolls food. All is well. Bad only the facts, but that’s their problem.

And all because of who news to end reads? There would be at least heading to master… meanwhile back in the back, accidentally of course, all details explained.

This incident occurred in 2012, that is 7 years ago. It occurred during the test. Function, as becomes clear, quite a documented need for service. The very this equipment is not particularly important, so as part of mobile installations for maintenance and repair of pipelines, but can do without them.

“In the process of testing the equipment was remotely disabled by the manufacturer to a potential Russian supplier took it back,” said Gazprom.

In this regard, began the development of the same equipment of domestic production, and a prototype produced in Tatarstan, the company says.

But what is never noticed is the fact that in 2012, Gazprom initiated the creation of similar domestic pumps, and they were created in Tatarstan, it is better than the imported ones. And actually, initially, the news of what was in it. But did the journalists is interested? They have set up some hardware, pumps into pumps, we have not seen in the trunk of Vaughn it seems is some sort of pump, it’s no big deal… but the fact that through the companion, not only at the behest of the state Department shut off the equipment “National treasure” here’s news.

Here it is our journalism that’s the point. The fact that the country developed the most sophisticated equipment, they just did not want to tell, they do not even understand.

I would like to know what manufactured, what plant, what characteristics, what stage of testing… ha, right now!

We are talking about the development of the “KAZAN” (Federal state budget educational institution of higher professional education “Kazan national research technological University”) as part of the R & d program of PJSC “Gazprom”. In the framework of this program was the prototype of the mobile compressor unit of modular type with gas turbine drive (ISU-MT/GP). The unit is designed to pump natural gas from the repaired section of main pipeline to the existing pipeline. That is just is the replacement of the Austrian compressors.

The system has been tested in the field in winter and summer periods.

Most likely the construction of this plant will give “Kazancompressormash“, who has a vast experience in the production of such equipment, and already produces, among other things, and various gas-pumping compressors.

And in the import substitution experience there is good, not the first time they master the production of equipment in Russia has not previously been made. The same compressors of various types.

That’s the main news! And journalists who spread the cranberries about disabling satellite just a shame.