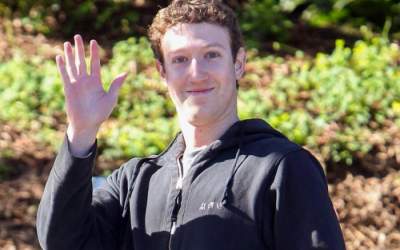 Representatives of Facebook said, on what basis will now appear news

In the near future Facebook will give priority to news from sources that are considered reliable.

The representatives of the company wrote on the official page.

The company said that they will determine the reliability of sources by using user surveys.

Founder and CEO of Facebook mark Zuckerberg said that in the near future the news will be about 4% of all the content that users see in your feed – previously this figure was 5%.

This step is one of the last attempts of the company to stop spreading fake news and propaganda in social networks.

So Facebook tends to reject accusations of bias in the selection of news that heard in the address of the company’s employees and to place the responsibility on the users themselves.

“We could try to make that decision on their own, but we do not believe this is correct,” said Zuckerberg.

“We thought to ask the opinion of independent experts on this issue, however, so we are unlikely to solve the problem of objectivity. Or we could ask you, the society, and thus give you the opportunity to determine the rating,” he adds.

Users to ask – just as is sometimes done in relation to the advertising – they know news brand, and trust him.

Theory Facebook, still need to test on a wider scale, lies in the fact that although there are many biased information sources, which have their faithful readers, there is also a smaller number of media companies who are trusted by the most people, regardless of their personal preferences.

First, the evaluation system news experience just for American users, and the results of the survey will be made public.

“We are not planning to publish trust ratings of individual agencies, because they represent an incomplete picture of how the position is determined of each individual of news in the feed of every individual,” added Zuckerberg.

At the same time new brands can suffer if they do not have that much awareness, regardless of their reliable news or not.

“We made it easier for people to access local news and information in a special section. We will continue to work hard to show people more of local news, depending on where they live,” said he.