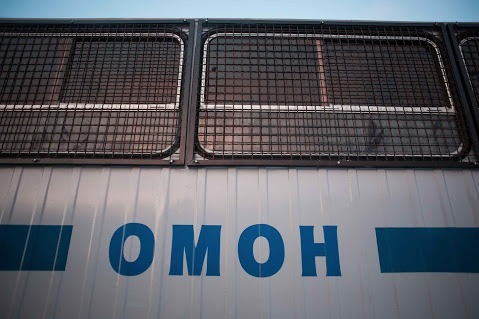 Five-Yakh (Khanty) eyewitnesses removed on video as the riot police beat the visitors to a corporate party. The incident occurred on December 27 about four in the morning in cafe “yuna”.

The record shows that the armed people in masks and riot police beaten form lying on the floor man. The traces of blood. Present at the party, people screaming, telling each other to do video, to late to contact the Prosecutor’s office.

The Ministry of internal Affairs on HMAO Znak.com reported that the police don’t RAID is irrelevant. “There was not a Pyt-yakhskaya employees or employees of MIA district”, — assured the Ministry.

Source Znak.com suggests that the cafe could work with the staff of one of the units RU of the FSB in the Tyumen region. Such raids, violent, previously carried out by the service in Pyt-Yakh in other cities.