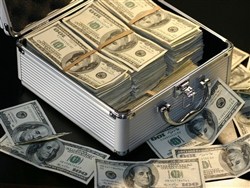 Russia has a new economic record. For seven months of 2018, the outflow of capital from the country, according to the Central Bank, amounted to about $21.5 billion and increased compared to the same period last year, 2.5 times. Experts believe that Russian businessmen no longer attracted to the promises of the state to close eyes to tax optimization of yesteryear and the possible forgiveness of liability on such transactions. Our wealthy compatriots, on the contrary, afraid to leave their money in Russia due to the strengthening of us sanctions and a possible increase in internal controls over financial operations.

In the I half of 2017 net capital outflow from Russia’s private sector amounted to only $8.7 billion Over the same period in 2016, our country had exported about $10.5 billion. This growth has allowed the government to make plans that in the future this positive trend to continue. Of the Central Bank were quick to make the assumption that in 2017, the outflow of capital from the country will not exceed a lath in $17 billion.

The forecast proved to be wrong — at the end of last year, net capital outflow from Russia totaled $24.8 billion this year, the Bank of Russia expected outflow of $19 billion, but it is now clear that this figure will be exceeded at least twice.

Moreover, a negative trend can not even change the promises of officials at granting preferences to national entrepreneurs in particular, Amnesty is not quite clean financial transactions performed in the period of capital accumulation in 90 years. From 1 March in our country, the second stage of the tax Amnesty. The government has again allowed the businessmen who keep their savings abroad, to voluntarily declare their foreign assets and accounts. In exchange, they were promised exemption from criminal and administrative liability, as well as from payment of taxes for past years.

Apparently, this bait of the domestic Nouveau riche especially not swallowed. Not weird at all. Force in 2015-2016 years, the first tax Amnesty did not bring the long-awaited fruit. During the period, there were only 7.2 per thousand returns in the amount of $100 million, whereas, according to experts, foreign investments in large businessmen from Russia, kept abroad ranged from $200 billion to $1.3 trillion.

As recognized earlier, the Central Bank, capital outflow from Russia will now be formed for the repayment of debt of domestic financial and corporate organizations, and the growth of foreign assets of Russian companies.

In other words, our business, and so treasured savings abroad, are now transferred funds in particular assets buy foreign enterprises. As a result, according to the head of the laboratory for financial studies Gaidar Institute Mikhail Khromov, revenues “does not have time to reach the country”. Available funds either in foreign accounts or converted to direct investment — real estate, agrarian, industrial and infrastructure projects.

Even the introduction of new sanctions initiatives by the USA are not afraid of domestic business. The Russian government’s attempts to convince businessmen in the investment attractiveness of our country and the extension of the Amnesty of capital for another year don’t apply to entrepreneurs who continue to accumulate funds in foreign banks. “This lack of security of financial capital in our country, even under sanctions and under promise of Amnesty continue to be under attack by the leadership of the state”, — said the Deputy Director of the Center for political technologies, Alexei Makarkin.