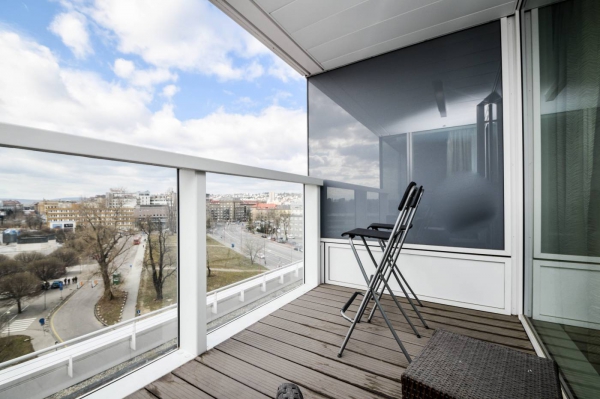 The countries of Eastern Europe differ in a confident GDP growth and strong macroeconomic performance. It attracts to the region more and more Russian investors. What is the income from the estate you can expect in these countries?

In 2018 in Eastern Europe significantly increased GDP, which was due to the growth of the Euro to national currencies, and improvement of individual economies. For this analysis we have chosen three market — Bulgarian, Romanian and Slovakian, as these countries have the most dynamic development. According to the world Bank, GDP growth in Bulgaria to 2018 amounted to 3.8% in Romania to 7.3% in Slovakia and 3.4%. In comparison to 2.2% in Germany and 1.8 percent in France, we can say that the countries of Eastern Europe are developing more actively than the countries of Western Europe.

More precisely only the situation on the Slovak market reflects a price index HPI. In Slovakia, according to experts Global Peoperty Guide, the housing affordability index is equal to 4.53 percent and the average profitability of real estate, according to Numbeo, varies from 5.4% in the city centre to 5.3% in urban periphery.

According to the National Bank of Slovakia, the value of residential real estate in the country over the past year rose to €1396 for a square meter — an increase of 4.8% (or 2.41%, adjusted for inflation). Despite strong indicators in Slovakia are not so many international companies and Bratislava is not the tourist destination, so the demand for rental housing is not high enough. However, a Studio apartment can rent for €447-576 per month.

Buy an office in Bratislava for €1000-4000 per square meter depending on the area of the city. Analysts from Colliers International found that the average income from office property in Slovakia is €15,35 per square meter per month. The country was 1.72 million sq. m of office space, and in the process of construction are additional 250,000 square metres of vacant space, a little — only of 6.18%.

Today in Slovakia of 2.03 million sq m of industrial space and 200 321 sqm are in the process of construction. Industrial real estate is popular: Colliers International reported that vacancy — only 2.1%, and in 2008 the figure was 10%. This is a positive trend for investors in industrial real estate. Income from the rental of the facility is €3,5–3,8 per square meter per month, and you can buy it on average for $ 100-600 per square meter.

On the part of commercial real estate Slovakia has a strong performance. Today in the country about 1.76 million sq m of existing retail space is more than the average for Eastern Europe. At the same time the Slovak market continues to evolve: we are now building another 130 000 sq m of space for retail. Buying a square meter of real estate in Bratislava can cost in the amount of €1000-4000, and rents the national average is €41 per square meter per month in the best locations, €15-38,5 — in shopping centres and €8,25 — in less advantageous places.

Over the past two years in Romania were experiencing high economic growth, rising wages and relatively low interest rates. This is fueling investor interest in the country.

According to Colliers International, in 2018 in the segment of office real estate Romania there were 150,000 sq m of new office space and developers have ambitious plans — by the end of 2020, the country will enter into operation 650 000 sq m of new office space. Reduced number of empty premises in the middle of 2018 they were 9%, almost 3% lower than a year ago. To purchase a square meter for office space in Bucharest can be an average of €2000, and rent will cost €10-18 per square meter per month.

Industrial area of Romania are also growing: in the first half of 2018, this segment of the market, a new 330 000 sq m and it’s 2 times more than the year before. Vacant premises there near Bucharest there are only 2%, while the national average is 5%. To purchase a square meter of warehouse or industrial premises for €300-900, and to rent for €4,1–4,2, which is 10% higher than in 2017. For owners of industrial space that is a positive signal.

Precisely the situation in the market reflects the index of housing prices HPI. According to Global Property Guide, in Bulgaria it is equal of 7.09%, and in 2017, was 8.6%. This suggests that property in Bulgaria is becoming more available for local residents.

According to estimates Numbeo, the investor’s yield of real estate in the center of the Bulgarian cities may be of 5.36%, and at the periphery of 5.86%. New housing in the last year rose by 7.2 percent (3.9 percent adjusted for inflation), and last year prices increased the same amount.

To purchase a square meter of housing in Bulgaria can be an average of €1663, and rents across the country is €186-246. Almost zero interest rate of Bank deposits encourages people to invest in real estate, however, despite the high demand, the pace of construction of houses is still fairly low.

The cost per square meter for office space in Sofia can vary from €800 to €3000. As reported by analysts of Colliers International, the average for Bulgaria the rent for the offices of class A in the third quarter of 2018 amounted to €13,5 per month per square meter, and for class B office — €10 per square meter.

In total was 2 million sq m of existing office space and 434 000 sq m of space under construction. Among the existing offices are empty only 9%. I note that last year these indicators have not changed significantly, so the Bulgarian office market is quite stable.

In this sector of commercial real estate in Bulgaria is also not marked by significant changes over the last year. The cost of renting a square meter of industrial real estate the national average is approximately €4,7 if this object class A, and €2,7 — real estate class V. it can be Purchased for €100-600 per square meter depending on location. Existing industrial areas — 925 000 sq m in the country, another 218 000 sq m are under construction. In this case, the empty space is only 6%, and this is a good indicator.

Reteylovy square in Sofia can cost from €1,000 to €5,000 per square meter depending on location. The average for Bulgaria commercial property costs to the tenant at €55 per square meter in the best locations or €39 in less advantageous places. Of facilities under construction only 40 000 sq m in the country, and current — ten times the 400 000 sq m, of which 12% is vacant. The sector also maintains a stable trend.

In General, Home Real Estate analysts predict a continuation of the positive situation on the market of Eastern Europe. Macroeconomic indicators remain favorable and property prices in most States will probably continue to slowly grow.

It is worth noting that in Eastern Europe not all is rosy: for example, the lack of real estate remains a big problem for her, and the growth rate is still not high enough. However, a serious problem for the investor is not the cause. In 2017, PwC conducted a study in which about half of the respondents said that they expect the region to increase profits and the number of staff and confidence in the business.