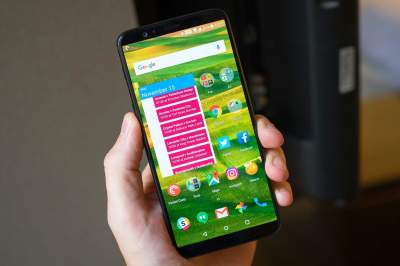 The new technology will be a breakthrough in the electronics market.

The Committee of the JEDEC Solid State Technology Association has announced a new technology for all smartphones, tablets, computers and other electronic devices, thanks to which many of them earn twice as fast. We are talking about a new memory standard UFS 3.0, which can go into mass production this year, so to see it in mobile gadgets will be able to end the year.

In 2013 was the technology of memory UFS 2.1, with a total bandwidth of 1.2 Gbytes/s. Now to find a flash memory, which is intermediate between eMMC and SSD, it is possible in smartphones many popular brands, including Samsung and LG. However, the technology of UFS 3.0, announced on 31 January 2018, boasts a speed of 2.4 GB/s, so the speed of new smartphones during the work with the files will increase in two times.

Because the processor any mobile device is constantly processing some information, the speed boost of flash memory will significantly increase the performance of all smartphones that will receive the memory type UFS 3.0. The difference in performance may be twofold, since the drive performance directly affects the speed of loading the operating system and other software applications, files, and so on.

Additionally, the memory UFS 3.0 capable to work in temperature range of -40 °C to 105 °C, so that it can be without any limitations to use, for example, in cars or even planes. According to official data, the first memory based on the new standard will appear in the second half of this year or first quarter of next. Its manufacturer will make Samsung as well as lesser known companies.