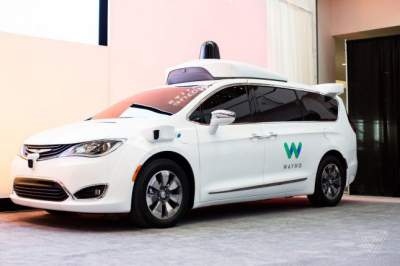 Unmanned cars are Waymo were the most independent in 2017 — on average, the drivers test you had to take control once in almost nine thousand kilometers, while the nearest competitor Cruise is such a need occurred 4.5 times more frequently.

This was reported in the annual report for testing unmanned vehicles on public roads, published by the Department of motor vehicles of the state of California.

California is one of the most favorable places for testing driverless cars. The state government issued a permit for testing driverless cars on public roads for 50 companies, and in the future plan to allow cars without a steering wheel and pedals. Along with this, the Department of motor vehicles California imposes on developers of unmanned vehicles to certain obligations. In particular, they are obliged every year to disclose information about all road accidents, and also about how often testers have to intervene in the operation of the vehicle.

The Department has published reports on trials held from December 2016 to November 2017. Most their cars have experienced Waymo and Cruise, owned by General Motors: drones Waymo passed during the reporting period, more than 550 thousand kilometers (70 per cent of the total mileage of all companies), and Cruise more than 200 thousand kilometers.

In addition to the greater distance traveled, cars Waymo were the most independent. The driver of this company had to intervene in the operation of the autopilot in the mean time in the nearly nine thousand kilometers, while the nearest for this indicator, Cruise control, occurs once in two thousand kilometers. Most notable at Waymo was November 2017 — almost 50 thousand kilometers on public roads interference test driver’s needed only once.

Both companies plan to soon start commercial operation of unmanned vehicle technology. General Motors has announced plans to begin mass production of fully Autonomous vehicles without a steering wheel and pedals by 2019, and Waymo plans before the end of 2018 to launch the American Phoenix, a public service unmanned taxi.