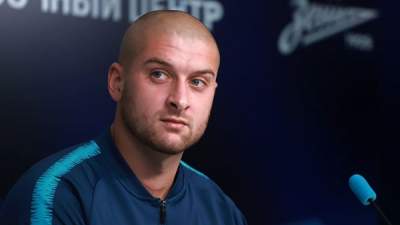 Ukrainian defender Yaroslav Rakitskiy made his debut in an official match for FC Zenit St. Petersburg.

Zenit Rakitskiy in the starting lineup in the first match of 1/16 finals of the Europa League on the road narrowly lost to Fenerbahce. The only goal midway through the first half, scored the Algeria striker Islam Slimani.

Rakitskiy ended the match with a yellow card. On 62 minutes the former defender of Shakhtar could compare the account, but its blow in a near corner was inaccurate.

Portal from the “WhoScored” Rakitskiy for the match with Fenerbahce received a rating of 6.7 points. On account of Yaroslav 82% of precision gears and won three
martial arts.

We will remind, Yaroslav Rakytskyy “Zenith” has paid “Shakhtar” 10 million euros, and the player has signed with Russian club contract for 3.5 years.