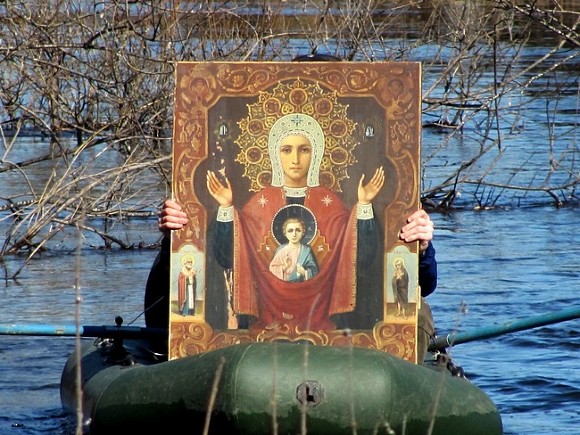 When the country is ruled by people who rely on some “higher power”, people can only hope for a miracle.

To replace the Deluxe jacket, Igor Sechin, who conquered the social network in July, came the bracelet with the icons on the hand of the Minister of science and education of Mikhail Kotyukov. Under his photo with hand iconostasis users vying to Express ideas, as the cost would rename the post of the official.

The patron Saint of molecular biology and genetics.

Father is the benefactor of nuclear physics. 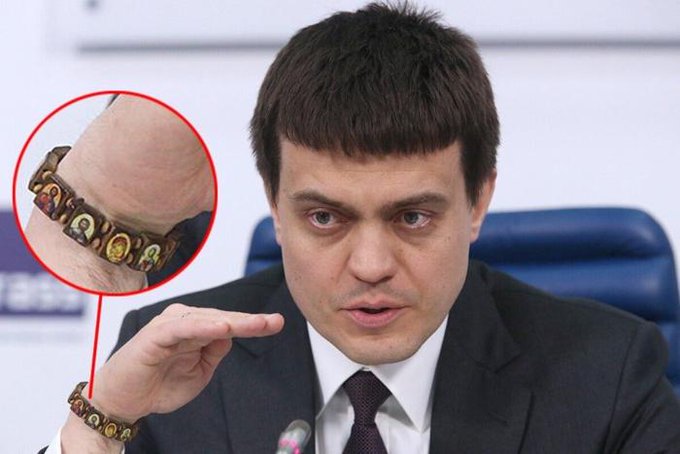 The essence of irony is clear — I wish the Minister of science and education of the progressive countries believed in the first place in science and education. As if the citizens set their hope in God, but in Russia, allocate funding and determine the development of the country’s officials. And we are critically dependent on their knowledge and Outlook, and what or who they believe.

Of course, no one can forbid a person to rely on the fact that the icon in the car will protect him from accident or meeting with traffic police, red thread on the wrist is gonna take the disease and will help to make a career, or a chicken foot in a secret pocket — will attract money and will serve as a talisman against law enforcement. But when such people in the country is critical of many, including those in power, expect trouble.

No matter how much waste of public money at the consecration of the missiles (not refuted the media reports, “blessing” each launch is costing the Russian space Agency about 170 thousand rubles), they will fall through time if to build and launch the spacecraft will continue people with chicken legs in his bosom, or bought in the alley with a diploma of higher education, even sanctified.

No matter how much you trust in shamanic rituals, causing the rain, but the sprinkling of Holy water taiga from a helicopter, forest fires will not stop, if you do not allocate funds for fire suppression and to ensure that they are not stolen.

No matter how much to introduce theology in technical universities, it does not replace knowledge about the process of fission. And I’m not getting on a plane with a pilot who believes in the firmament, and afraid to rise above 4000 meters, so it does not break.

As I would not invest in “national cryptocurrency”, which was recently consecrated in Moscow by putting office in the middle of the table with candles, icons and other cryptocurrency wallets. “Thank you, we expect the growth rate,” said the woman behind the scenes after the service, choking from laughing, whether from the approaches of grace. “God bless,” — said the priest, but pay quite rationally accepted in rubles. And rightly so — God helps those who help themselves.

It’s not that science and religion are opposites. Not always, and this is a great conversation. But even the icons are increasingly used as amulets, like the red strings.

The belief in the supernatural, in various superstitions, charms and rituals in the modern world is rather a sign of confusion and insecurity in their own abilities. As well as the level of development of the state and its institutions.

If you do not believe that it is possible to find justice and protection in court — will be hung with amulets from head to toe. Suddenly though they will help to appease the representative of Themis, which is driven not so much by laws as signs of over — and, unfortunately, it’s not divine.

If there is no money for medicine, and medicine in the town of optimized until the complete disappearance inevitably going to start talking hernia grandmother, or Oncology — to the healer with a crystal ball. Laugh laugh, but even in doctors ‘ offices today on the shelves full of icons, but in the minds of superstitions. Recently, a friend turned to the surgeon with pain in the shoulder joint, so old doctor earnestly asked him why he a red woolen thread on the wrist is not? Help, says, with osteoarthritis.

If officials and members wherever possible wear crosses and icons, stand for hours with candles in the temples and consecrate everything — from schools to police vehicles — where in our country, many godless bans, fines, taxes, and laws?

If retirement is pushed back, and more jobs did not, which Ministers to pray? And why, if they, apparently, believe that the Russian economy will save only a miracle.

Just like in the joke, when Russian officials asked U.S. experts: how to defeat poverty?

Thank you. Icons, so the icons…