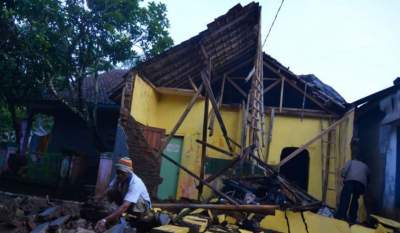 As a result of powerful earthquake on the Indonesian island of Java, killing three people, seven more were injured.

The USGS reported that the epicenter of the earthquake was at a depth of 92 km, about 52 km South-West of the city of Tasikmalaya.

“The government reported the deaths of 3 people and damaged hundreds of buildings”, – stated in the message.

As reported in the National Agency for disaster management of Indonesia, after the earthquake warning was announced about the likelihood of a tsunami for the Western and Central provinces of the island, but this information was not confirmed subsequently. While thousands of people were evacuated from the coastal areas of the island.

Java is the most densely populated island in Indonesia, it is home to more than 125 million people.