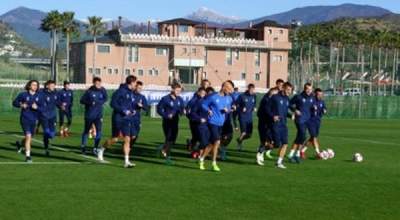 Vice-champion of Ukraine Kiev “Dynamo” lost to “St. Gallen” in a friendly match at the training camp in Spain.

Kiev conceded a goal in each half, both scored the ball flew in gate “the Dynamo” after the attacks from the left flank. To respond to successful attacks, “St. Gallen” Ukrainian Grand failed.

The next opponent of “Dinamo” at the training camp in Spain will be the Norwegian “Haugesund”.