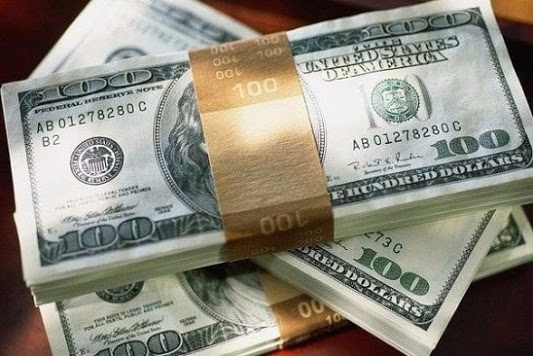 Voiced in the media calls to devalue the American currency are a consequence of the economic failures of the governments of the countries where such appeals are heard. How to say: “We live very poorly because in America live very well. Devalues the US dollar, then we begin to live richly and happily.”

It does not happen. At least because of goods, services and foods in these countries will not be more. But if you exchange USD for the local currency, the population will be able to get less money and therefore buy fewer goods and food. As you can see, not so simple.

Moreover, some enterprising British, French and Germans are not too lazy to arrive one day in USA to get American goods their bags. In General, you can expect that in Europe will come the decline in industrial production and in place of its growth.

Unfortunately, some people who have never been abroad, I believe that the only products that are produced in the USA is dollars. It is not, because USA is a country with vast and highly developed industry and highly productive agriculture. In fact, the United States can live and work only for themselves and their resources.

Of course, a lot of commodities, including certain types of oil the US imports. But if in response to the default of the USA the whole world will declare to them a boycott and a ban on the supply of oil, then you can be sure that in the near future, all Americans will take on gasmobile, electric cars and santamobile. Well, for the maintenance of immigrants from Africa and Asia, probably will allow the use of the bike-taxis and rickshaws.

The question of the devaluation of the U.S. dollar and “survival” of the us economy there is another important point that many people do not want to miss. If for some reasons the USA will abandon its financial obligations, then life in America will change little.

Of course, some changes will occur, but not as apocalyptic as some would like. Just US citizens will become even more calculating, even more tight-fisted. Immediately “reset” the demand for large estates, mansions and penthouses. Stop buying large SUVs, but the minicar will go like hot cakes.

The same will occur in respect of goods not only long, but also everyday use, various kinds of domestic services, alcohol and food. In General, the United States will not disappear and will exist in spite of all its creditors. But the survival of the creditors of the United States in this case – the big question.

Take, for Russia. A significant part of the foreign currency, received by the Russian Federation at the expense of export of oil, gas and other raw materials, and stayed abroad.

More precisely, they invested in the debt of the United States and other countries. In the case of a US default, i.e. if this country will not be able to meet its financial obligations (a chain for her and many other countries) or intentionally abandons its debt to other countries will suffer first and foremost, we.

Why us ? Yes, because then our state there will be little left for the soul. Of course, in recent years there has been some build up gold reserves of the country. Only Russian miners have received for the gold is not currency from the sale of oil and gas, and Russian rubles. Moreover, the emission rubles.

And increasing gold reserves can be produced due to the sequestration budget. In this case, the money to buy the precious metal from gold-mining companies take from those funds that were planned and allocated for the implementation of other budget programs, for example, on the import of medicines, the development of seed (to grain yield was higher) or the improvement of cattle, etc.

And because the authorities cannot or do not want to buy for hard currency and to import foreign food, having international quality certificates, it is possible that the result of this policy will be the decrease of the population in the country from the use of surrogates of food that we are now witnessing (in this respect there are interesting statistics).

Propagandists serving the interests of crooks and thieves, immediately objected that Russia is a “successful” import substitution of food. However, what it is working people who live on one salary, know. And do not want to buy cheese made from palm oil or not containing milk protein and other dubious quality, “food”.

In conclusion, I would like to note: wherever in the world there were wars, natural disasters or political crises the United States was and continues to be the leading country of the world.

Whatever industrial crises or defaults may occur in other countries, the magnitude and power of the US economy is so huge that will allow them to survive any trouble. Most likely, at the expense of other countries.

Therefore, we should never forget the proverb “Friendship is friendship, snuff apart”. However, friends of our country have never been.