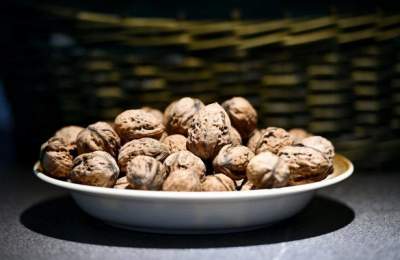 In the first group, the participants consumed 45 grams of walnuts on a daily basis.

Regular consumption of walnuts may help to reduce the scale of the epidemic of diabetes, the study showed.

Eating walnuts on a regular basis reduces the severity of the risk factors of the metabolic syndrome which leads to diabetes. The researchers found that walnuts bring positive changes by increasing the level of high density lipoprotein, also known as “good” cholesterol. Also reduced glucose levels in the state of hunger.

As emphasized by the researchers, walnuts can reduce the prevalence of diabetes is due to changes in the level of hemoglobin HbA1c and circulating adiponectin.

Indicator HbA1c is the average blood sugar level over the past two to three months of measurements. The study was conducted in the form of controlled cross-monitoring after 119 Korean men and women randomly divided into two groups. Age observed was from 30 to 55 years, all had metabolic syndrome.

In the first group, the participants consumed 45 grams of walnuts daily, and the second group received the same number of calories with white bread in the form of snack for 16 weeks. At the end of this period, both groups went through a 6 week break and then the participants switched groups and the study lasted for another 16 weeks.