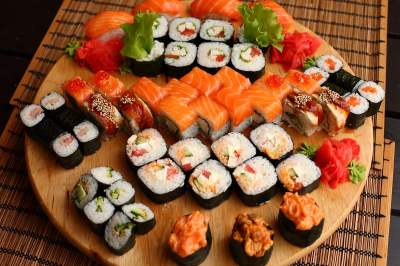 Regular consumption of sushi can pose a significant risk to heart health, according to a new study.

The reason is that modern fish contains high levels of mercury. In the report the scientists noted that tuna contains the highest levels of methylmercury, however, the fish sample was taken in the USA. But hardly in other regions the situation is better.

The effects of methylmercury on the human body as a result of excessive fish consumption is the deterioration of cognitive functions and an increased risk of cardiovascular disease.

In a study conducted by the Center for disease control of the United States is attributed to the fact that high levels of methylmercury negates the positive effect of omega-3 fatty acids, which are known to lower cholesterol, blood pressure, decreasing the risk of certain cancers and heart disease.

Physicians interviewed more than 1,200 people and found that 92 percent of participants had sushi or rolls an average of 5 dishes per month.

The most dangerous content of methylmercury was tuna, but the sushi and rolls with eel, crab, salmon and brown algae safe.