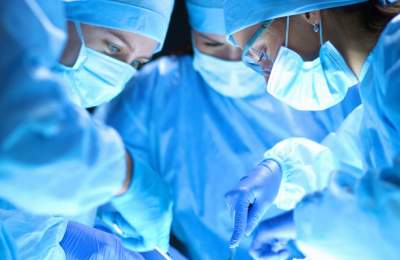 The operation was conducted on the sixth month of pregnancy.

On the fifth month of pregnancy, Bethan Simpson on ultrasound found abnormalities in the fetus. Doctors diagnosed the baby with spina bifida. With this deviation of the spinal cord, the child develops defective. Doctors have suggested expectant mother three: not to intervene to terminate the pregnancy or the surgery to the child before birth. Bethan chose the latter. She became the fourth woman in the UK, which undertook such an operation.

Before the surgery, doctors carefully checked the health of mother and child. The surgery was in her sixth month of pregnancy. During surgery, doctors removed the baby from the womb of a mother, carried out the necessary manipulations, and then returned the child back. All went well. Girl must be born in April this year.

After surgery Bethan encouraged other moms to not be afraid to carry out such intervention, if required. The woman said that 80% of children die when their parents find out about this diagnosis, reports The Mirror. On