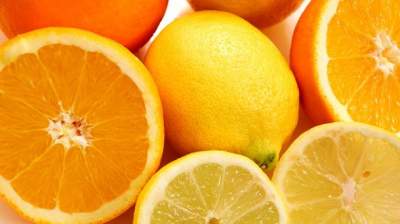 The study is published in the journal Cell Biology International

Higher doses of vitamins C and B3 is able to kill cells of tumors of the intestines, as the study showed.

For the first time in the history of science a group of researchers found that higher doses of vitamin C and Niacin, or vitamin B3, destroy cancer stem cells. Published in the journal Cell Biology International study showed that when exposed to low and high doses of vitamin C and Niacin on stem cells tumors of the intestine produces the opposite effect.
Thus, it was found that when taking 5-25 micromole of vitamins C and B3, which is a low dosage, there is a process of active reproduction of stem cells tumors of the intestine. At high dosages (100 to 1 000 micromoles) these stem cells are destroyed.

However, oranges, lemons and other such foods will not provide the human body such high doses of vitamins that are achievable only with intravenous injection with the help of dropper, as the authors of the study.

Bowel tumours are the third most common cause of death from cancer worldwide. It is proved that colon cancer largely can be prevented by taking foods high in dietary fibre content, as well as a certain lifestyle. In the next step scientists would like to establish therapeutic doses of vitamins C and B3, which would protect people from cancer. This will be carried out by experiments on laboratory tissues and animals.

Earlier it was reported that a possible cause of cancer with long-term cigarette Smoking is that components of tobacco smoke are changing the job of a protein “packaging” of DNA that makes genes vulnerable to mutation accumulation. We also wrote that canadian scientists in multiple studies came to the conclusion that the mammary glands are bacteria that can cure cancer.