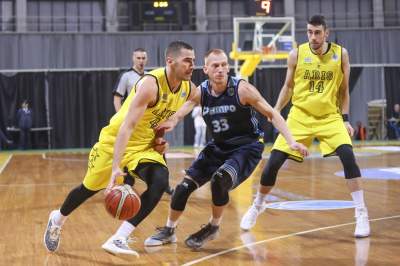 Vice-champion of super League, Dnipro suffered a fifth successive defeat in the group stage of the Cup of Europe FIBA.

Weak willingness to rivalry with ARIS “Dnepr” has already demonstrated in the first quarter, during which the team of Denis Zhuravlev made 9 losses and allowed the Greeks to create a 12-point lead.

No hint of the renewal of the intrigues against Dnipro and was not. Guests regularly fail to protect, and someone else’s ring traditionally for their performances in Europe have demonstrated minimal efficacy in a huge percentage of marriage.

“Dnepr” allowed “ARIS” to implement 12 of 28 three-pointers and made 22 losses. Due to this defeat with a 25-point difference was a logical outcome of the match.

The final match of the European season, “Dnepr” will play at the home arena on November 21 against the “Katie”.