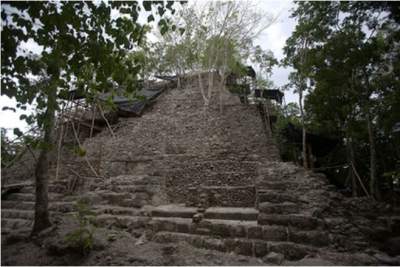 The artifacts of a vanished civilization found in the North-East of Guatemala.

American archaeologists have discovered in Guatemala traces of more than 60 thousand previously unknown structures belonging to the Maya civilization. According to scientists, the presence of numerous irrigation canals, roads, fortresses and pyramids points to the existence in ancient times in the studied areas of dozens of large cities.

The artifacts of a vanished civilization found in the North-East of Guatemala, just using lidar (laser radar) scientists have studied more than 2 thousand square kilometers of area.

The obtained data indicate that the Mayan civilization was much more numerous than previously thought, and its proliferation has begun around the detected settlements. According to preliminary estimates of experts, this area could accommodate about 10 million people.

The ancient Mesoamerican Maya civilization existed on the territory of modern Mexico, Guatemala and Honduras for nearly 3.5 thousand years until the beginning of the colonial period. Around the end of the XVII century, its last independent city passed under the authority of the Spaniards.