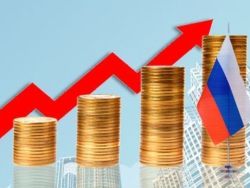 In the latest report of the UN Conference on trade and development reported that foreign investment in the Russian economy increased three times. According to this indicator Russia is ahead of all CIS countries and Georgia.

Experts say that globally, this figure stands at a low point. However, in the short term, growth is possible thanks to the rapid development of digital technology. Companies operating in this sector are attracted and are investing considerable funds, which is encouraging.

Currently, the largest recipient and source of investment is China. USA is still strong, but inferior to China. In the future, this gap will increase. The third position is the UK, although after “Brakcet” the situation may change.

According to experts, in developing countries the situation remains uncertain, but the encouraging market recovery of raw materials. Also on the negative impact the instability of the Middle East.

Great importance is now playing e-Commerce, which promotes the development of small business in developing countries. In recent years the volume of such business has grown five times faster than traditional trading.

The volume of investments in CIS countries and Georgia in 2016 will be doubled. However, in Russia this figure is even higher — it has increased three times. This is due to the fact that the Russian economy showed high growth. Also the role played by the increase in oil prices.

A large part of the investment goes into the creation and merger of enterprises, and the growth of deposits in the new company is not so high. But investments in “green” economy lead to the emergence of new opportunities and rapid development of infrastructure, which is extremely important.

Experts believe that in Russia implemented a strategy of import substitution can lead to the emergence of “new players”, but, of course, we are talking about local producers. Also good opportunities for direct investment can occur through the process of privatization.