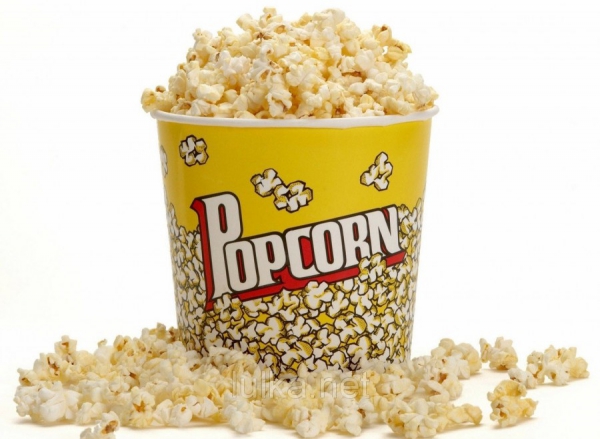 We continue our column on the most ridiculous situations, attention, arise not only with children, but with quite older citizens of different countries.
This time, however, writing about children who, after watching videos on YouTube, decided to make popcorn in a very peculiar way…

Actually I have long thought that such things as NSFW, it is necessary to prohibit to view, because children, with their unformed until the end of the pre-frontal cortex, do not seem to see the coast like a drunken sailor.
Video with an alternative way of bursting corn I also looked and this game. I’ll never know why a well-known blogger decided to cook it with the alcohol burner and cans of Pepsi, but apparently this asked her the universe itself.

In the video, the girl takes the empty jar from under Pepsi, carves it in the hole, fill it with popcorn, add the salt and oil, and then ignite the alcohol burner and puts in a jar of popcorn.

In General, adult Chinese women everything was as it should, but the 14-year-old schoolgirl “did not follow a clear pattern”, – writes Chinese newspaper.
I sit and think, at what point of the recipe, they still turned the wrong way?

It turned out that the girls hand was not the alcohol burner. Seriously? How so? The burner is in every home!

What were they thinking? If people has already invented the microwave, why not use it? Oh, although the experiment with boiled eggs in a microwave, which for one lady ended welded eye, we remember so what about her, too, probably have to forget.

Well, at least there is a cinema, that certainly without incident.

In short, the Chinese alcohol burner was replaced by a second aluminum jar…
It was there that they decided to heat the alcohol. A spark hit the tank, and the alcohol exploded. Girls received severe burns. 14-year-old burned 96% of the body, and she died in hospital, 12-year-old – 13% and she will need plastic surgery.

Write that threat video has been removed from the account of a blogger, but I somehow still looked so that the Internet remembers and delete something just because no one will. Unfortunately.

Blogger, by the way, apologized to the parents of girls said that they did not follow the instructions, and added that it would pay compensation, but should not, and the money the children will not return anyway.

The channel Zhou Shaohua more than seven million subscribers.
The girl prepares food with the help of improvised means, for example, Bunsen burners. The most handy tools ever!

In the commercials she says nothing and does not verbally accompanies their actions, so that, as it seemed to many users, is fundamentally wrong, because such are the silly look, then think, like, okay, if I replace the burner on the tin, and the first floor of the 19-th and so on.

Take care of yourself and, pray, prepare food in traditional ways.