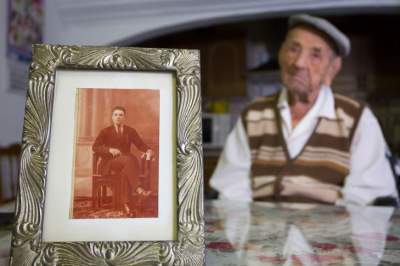 Francisco núñez Olivera is survived by her four children, nine grandchildren and 15 great-grandchildren. The Spaniard was born on 13 Dec 1904. In 1925, he served in the army, participated in the Spanish-Franco-Moroccan war and the civil war.

Then the man began to live a quiet and peaceful life in his home town. Rest of his life he was engaged in agriculture. The last 30 years, Francisco has dostaval.

The oldest man of the Earth núñez Olivera began in the summer of 2017 after the death of 114-year resident of Haifa Israel Krishtal. The elderly woman is now considered Japanese Nabi Tajima.

See also: American woman drowned her baby in the bathroom because of his shouts

The oldest person in the world is Japanese Nabi Tajima, born August 4, 1900.