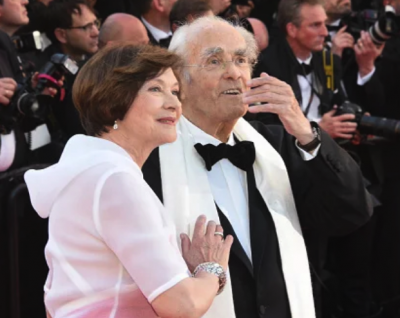 26 Jan died winner of three Oscars, five Grammys and a Golden globe Michel Legrand, who was 86 years old. For the life of the famous French composer wrote the music for over 200 films.

Michel Legrand has presented nearly 100 original albums and music for films “the umbrellas of Cherbourg” and “young Girls of Rochefort” made the composer famous all over the world, reports the Paris newspaper Le Monde.

Michel Legrand wrote the music for the ballet choreographer John Neumeier’s “Lily,” for which in 2012 he was awarded the prize “Benois dance”. The composer was the winner of BAFTA awards and three times nominated for the award “Cesar”.

Biography Of Michel Legrand. Legrand, born February 24, 1932 in Paris into a family of musicians: composer Raymond Legrand and his mother, a pianist Marcel Ter-Mikaelyan, from whom he received his first musical experience. In ten years, Michel entered the Paris Conservatory, which he graduated from in 1952. Then, Legrand went on a tour of the United States, where he began to write music.

Later, abandoning the orchestral and jazz moods and song, Michel Legrand decided to do music for films. The first contacts with the cinema dates back to the mid 1950-ies, then, Legrand worked for documentaries of françois Reichenbach.

Then he started worked with such Directors as Jacques demy and Godard. Legrand also collaborated with Edith Piaf, Charles Aznavour, Frank Sinatra and from Liza Minnelli.

The most popular songs of Michel Legrand. Legrand has released more than 100 albums in addition to the many soundtracks of movies. His albums “I love Paris” “Holiday in Rome” and “Castles in Spain” 1950-ies – top hits USA. He was also widely recognized as a brilliant jazz pianist.