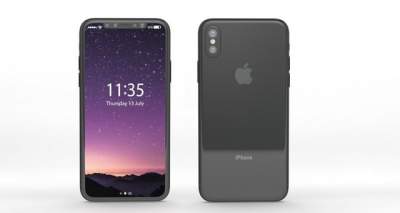 Manufacturer of cases for smartphones Nodus has published computer generated images of the iPhone 8, is made on the basis of factory of three-dimensional models of the future iPhone.

New image, based on which went to the final three-dimensional model “iPhone”, confirm previous rumors. The screen of “eight” will be frameless — like Samsung. Home button will disappear, and the top will only have a narrow area for camera, speaker and sensors.

The edges of it are indicators of signal strength of network, battery charge and connection to wireless networks. For the rest of the information designated on the display left, so the status bar in its usual form will be no more. At the rear, as expected, emblazoned vertically arranged module dual camera. But with the fingerprint reader a clear understanding is still there.

Judging by the images, it will be built directly into the screen on the front panel or it will not be at all — rumor has it that instead, Apple will use for iPhone 8 facial recognition. However, on the other band photos shows the rear panel of the future iPhone, which shows a hole for a fingerprint scanner — again, as on the Samsung Galaxy S8. And, by the way, how about wireless charging in a metal enclosure?

In General, not all the mysteries about the iPhone 8 even solved. It is unclear whether or not news of double-sided Lightning connector 24-pin connector USB-C.

Presentation of the “eight” to be held in September — most likely, along with a range of smartphones the iPhone 7s. But market entry is likely to be postponed until the end of the year: insiders say that Apple does not have time to organize production. The price of the iPhone 8 will be $ 1,000. 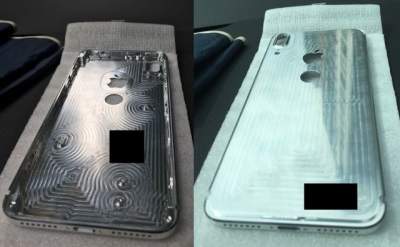