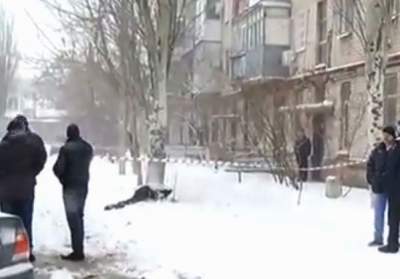 The blast suspect was killed and police officers injured.

In a Network published video from Berdyansk, where during an attempted arrest by the police, the attacker detonated a shrapnel grenade.

We will remind, on Monday, January 22, on Pervomayskaya street in downtown explosion.

According to available data, during the detention by the police, the suspect threw a fragmentation grenade.

The attacker in the blast died.