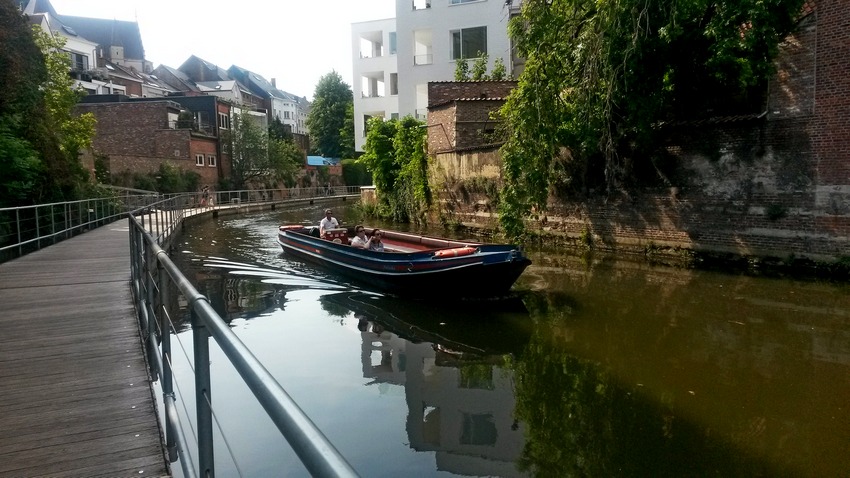 Where he’s from, crimson ring?

Passion to travel abroad now ends not only good

Sometimes tiny, like a midget man, take the collar and down to the street completely unfamiliar city. Computer paratrooper from almost spy team “Google maps” climbs in all lanes, taking pictures of homes, shops, offices, roaming the squares and parks in panoramic mode inspects fortresses and castles, but … does not understand. Can not understand, because the faces of the people according to the computer program iced colors are dull, and conversation with anybody it is impossible. Maybe that’s why engineering is very fun, the solution is not very popular among avid travelers and can extinguish human desire to go abroad and to see all the sights that have already millions of times captured on film and copied to the matrix of modern cameras. And generally the question is interesting: what we need from her, from foreign travel? At the dawn of mass tourism, the main demand was for goods. To bring something from abroad was very prestigious and beneficial now?

In the glorious city of Mechelen fate has thrown me in may of this year unexpectedly, just like the Google man. Some authoritative international organization was invited to participate in an educational conference as an expert, which may require new knowledge. Or maybe they just wondered if I’d be interested what I will see and hear?

Mechelen is near Brussels. Don’t know how many kilometers, but the train directly from the airport took me to a small but historically significant European city in 14 minutes. Moscow concepts Mechelen – suburb, but in a small country does not turn the language to say such a thing. The fact that other Belgian cities Antwerp, liège, Ghent, Bruges, Charleroi, are located in close proximity to the capital. In the same Antwerp from the capital diverse Europe has a bike path.

On the streets of Mechelen I allowed myself to get lost. In a small town it’s not scary – you can always ask. Even if you don’t know foreign languages. In Europe live many Russian-speaking citizens, migrants from different countries. That girl in the supermarket, where I looked out of curiosity, chattering in cellular device in Russian. It turned out, the Moldavanka, for nearly ten years, does not happen at home. She has all the correct travel information: where is the hotel, where to buy, where to sit to drink beer better… Tried naively to talk with residents of Mechelen in French – in my view, Belgium is a Francophone country – and came across the rejection. Not because I learned the language of Maupassant, but because in Mechelen did not say it. Here prevails the Dutch language and its dialects, headed Flemish.

In the hotel asked where I should buy products. I drew the map only one point – the small supermarket where I already ran. Evening came and I noticed that private shops were quickly closed. Tourists flocked to the Central square. Here they are – took place under umbrellas to the rays of the evening sun with a drink and talk, to talk… Always terribly interesting: what they’re chattering for hours?

The lone wanderer had prepared a place on the bench. By on battered bikes, Laden with bags and seats for transporting children, passing the locals, often older. After sitting for ten minutes, suddenly heard a familiar melody. It was “Ode to joy” from Beethoven’s ninth Symphony. First heard the European anthem performed by the bell. Then performed and other melodies of classical music – chime there hung a flat with flats and sharps all the winding cobblestone streets of the city.

The Cathedral near the bell tower was open and I went in. As we do, partly it was the Museum. The exhibits are on one side told of the horrors of the first world war, but in a different in a niche he saw the image of the mother of God. The Catholic Cathedral of St. rumbold’s kept a very valuable and respected in the Christian world the Orthodox icon. In VIII century the “virgin of miracles” found a refuge here, when Constantinople and Rome turned a religious movement of the iconoclasts.

It is in Mechelen in the middle Ages developed a good alloy for casting bells. The ringing was particularly beautiful. By the way, Mechelen in the French manner sounds like “raspberries”. Nothing like? The Russian expression “crimson ring” comes not from the name of beautiful colors, and from Mechelen. Here developed and Carillon mechanisms to control the bells. The Carillon works about the same as the chimes in the Moscow Kremlin. In a strictly allotted time the mechanism moves the hammers. This is, of course, a big plus – mechanical ringer not sfalshivit, and would not delay, if it is time to lubricate. But there is a downside: it’s boring to hear the same thing. There is the same difference as between cinema and theatre. On the screen we see the best performance of the role, and on the stage each time a new. What is nicer – everyone decides for himself. In Mechelen are both. That is sometimes the bell ringing mechanism, and sometimes the ringer.

The first Carillon in Russia, commissioned in Flanders by Peter the great, corresponded meglenska standard. In 2003, Russia and Belgium jointly issued two stamps in strip, depicting the Cathedral. Rumold in Mechelen and Peter and Paul Cathedral in St. Petersburg, where he was installed the first Russian Carillon. The wide spread of the Carillon we have not received. In Russian Orthodoxy chose not to knock, and pull languages the strings, making this type of communication has evolved tremendously. Take Rostov bell chimes – it’s a school! By the way, the ringing from the bells is not just crimson, but red, counter, day, wedding. Special sound master reach the superposition of the acoustic components of the different zones of the die cast tooling at the blow of a pestle. So hear we heard a bell, but what is it?!

In our days in Mechelen has a lot to learn. Media conference is held here annually. Studies at the local Institute concerned the new format of journalism – with the prefix “date”. Everything in our lives is changing, and the world’s oldest profession too. With the departure of Newspapers as carriers of mass information and the arrival of the bloggers is not enough crusts of the University to occupy a strong position in a number of “ringers” and interpreters of the latest events in the world. That’s me, employee of the pen with a 30-year veteran had to choose a school Desk, the student now needs to determine which of a dozen lecturers he needs. In one classroom there’s nowhere to sit, and the other five speakers at the six listeners. After the lectures it was very difficult to discuss new knowledge, because, as a rule, we listened to various topics. For three days I was unable to lay down a mosaic of knowledge into a unified whole. In the record book put the belief that there is an area of journalism that we need to study on your own. Must be able to work with databases. During the break between lectures foreign journalists liked to ask me, as it was then, when the press was a wheel and a cog proletarian cause. Then Yes, a journalist could log on to any industrial enterprise and the engineer on the socialist competition of the Department of labor and personnel (such was the title) was posted to the correspondent, any data. In our days each owner has the right to hide the truth from the media, and every blogger to find the “wiki”.

With Mechelen unites me and even acquaintance with a native of this city. With Stefanom van Oost, we’re friends. He came to me in Novgorod, I seven years ago was also a guest at his house. An engineer by training, Stefan is very interested in Eastern European culture and even learned the Russian language. Combat linguistic and baptism he took in Lviv. All night drinking with his sheltered by a resident of vodka and listened to his stories. And only in the morning admitted that he knew nothing, but only nodded to the owner in agreement with everything he says. “A very difficult Russian language. I have not yet learned,” the discouraged, said Stefan. “Why Russian?! – offended the owner. – Ukrainian move I was talking to you!”

In Mechelen, the Dutch family private house with a small garden. There are two Apple trees just growing, but the owner manages not just to harvest and to bottle a few bottles of home-Sidor, to entertain such a guest as me. In the morning his house was full of the pleasant smell of freshly baked bread. The Dutch are all calculated. If you bake bread at home and use night rate electricity, it will be tastier and cheaper. Firm for the production of bread gives every four years discount on a new device. Cutting off the crust, Stefan is sent to the office by bike. Public transport in the city is, but to pull the bus branch in their area to the municipality of expensive, but because the family annually gets 500 Euro compensation for the purchase of bicycles. The local authority is also money well-considered, and manages to make it so that no one expensive.

And here a new meeting. A chance to talk, to exchange national ideas: how to live better, how to build the relationship of the individual and society. The days when citizens with full trust belonged to the Executive power, it seems, is over. Too obviously stick out the contradictions too obvious difference of the interests of the ruling stratum of officials and the producers of wealth. Tops interested to take taxes and give as little as possible in the form of social benefits. Hence, initiatives to increase the age of retirement, the transition to paid education and medicine. And the common people also have to learn to ask the officials. The same bike in Mechelen is not only a sign of good weather, it would be possible for a convertible to ride, but the reaction to excessive taxation. In Russia, the excise tax also increased and takes already more than half of the cost of gasoline. Though the hat off before each passing the owner of the jeep –it’s a major taxpayer!

Beer now in Belgium do not pour in mugs and wine glasses, and it is also a consequence of taxation. We sat, tasted intoxicating drink with a capacity of 0.2 liters, foam with a mustache erased, and home. Stefan good-bye suddenly asked: “do you Like my pants?” The question I was surprised, but praised. “He sewed. I think to open a repair shop for children’s clothing. Very popular. But the license is hard to obtain, so to work for free will.”

Photo by the author.