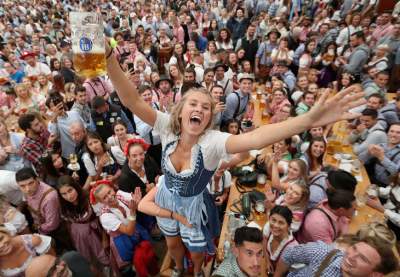 At the end of September in Munich by tradition began the 2018 Oktoberfest – the largest folk festival in the world, it attracts more than 6 million people who drink 7 million liters of beer. With the price liter mug comes to € 11.

According to tradition it was opened by the mayor of Munich: at noon, after a volley of 12 artillery pieces, he slammed his mallet on the first keg and knocked out her plug with the traditional cry “O’zapft is!” – translated from the Bavarian dialect as “Open!”, but perceived by all as “pour!”.

1. At the opening 185 of the festival, the Lord mayor of the Bavarian capital Dieter Reiter with a special hammer with a second strike drove the tap into the first barrel with fresh beer. The number of blows required to open the barrel – the topic of conversation. The best result belongs to the former head of Munich Christian Ude. He spent several years of opening the barrel also with two blows. Worst of all it was Thomas Wimmer, who in the distant 1950 it took 19 blows. (Photo By Hannes Magerstaedt): 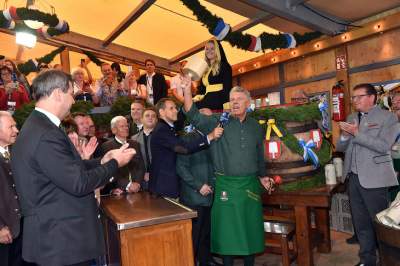 2. The first “Oktoberfest” took place October 17, 1810. The reason for the national holiday was the wedding of the future Bavarian king Ludwig I and Princess Therese. On the field near Munich, which since then bears the name of the bride, the Theresienwiese, in honor of the newlyweds was arranged racing. The word Wiesen (meadows) became the second name of “Oktoberfest”. (Photo By Sean Gallup): 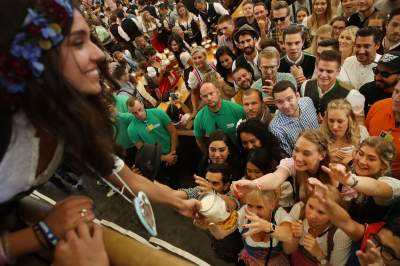 3. At Theresienwiese set 14 large beer halls-tents, each of which can accommodate several thousand visitors. The largest of these has more than 11 thousand people. Put more than two dozen small pavilions. The total number of seats at the tables of the Oktoberfest is about 119 000. (Photo By Matthias Schrader): 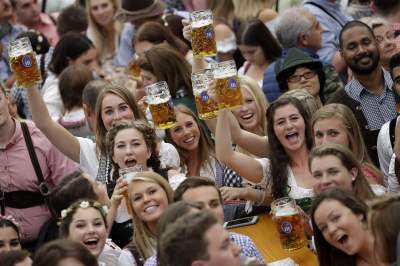 4. Results for “Oktoberfest” in Munich, which runs until 7 October, is expected to be six million visitors. (Photo By Matthias Schrader): 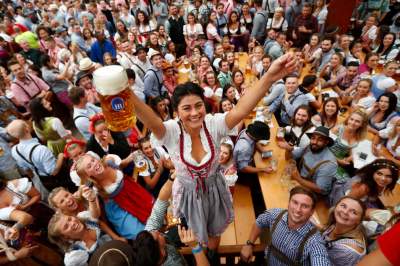 5. Waitresses at Oktoberfest 2017 manage to carry at once is overwhelming, as it seems, the number of heavy beer mugs. Each liter of beer, and a mug of thick glass weighs quite a bit. On the feast of work, in total, about 13 thousand of waiters, bartenders, cooks and other staff. (Photo By Alexandra Beier): 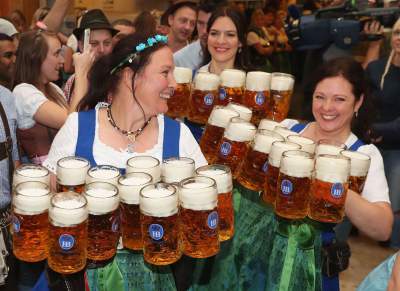 6. Especially for the “Oktoberfest” in Munich is brewed about 7 million liters of beer. In 1980, the holiday guests for two weeks drank 3.8 million liter mugs in 2017 – is already 6.6 million! (Photo By Sean Gallup): 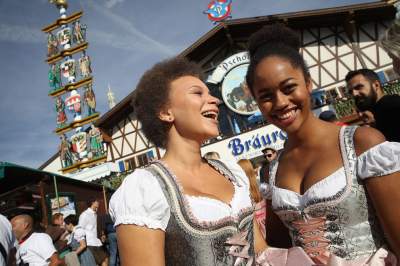 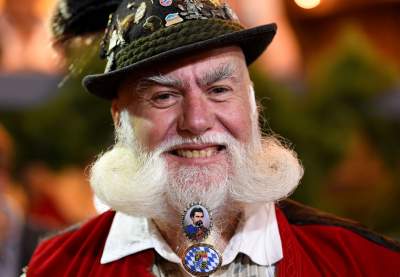 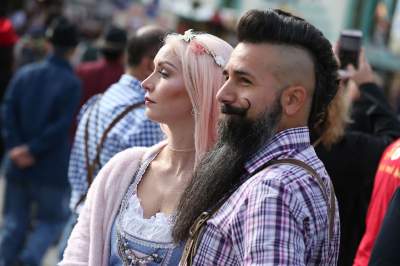 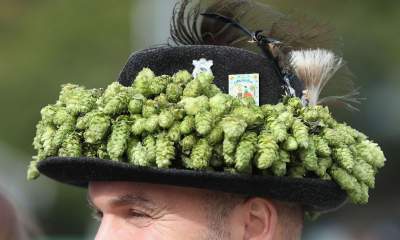 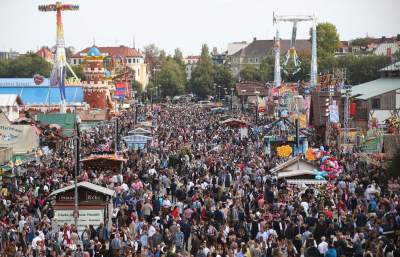 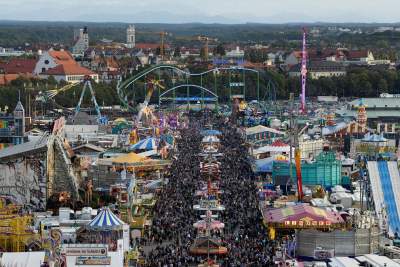 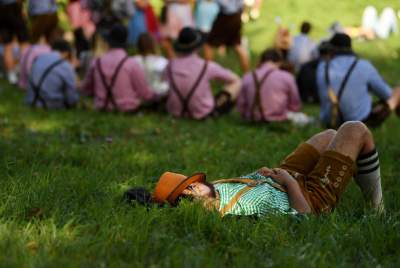 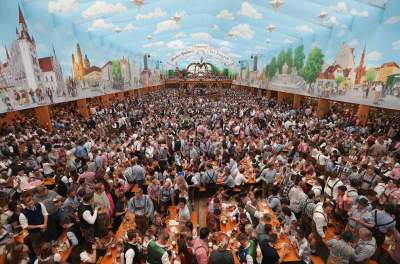 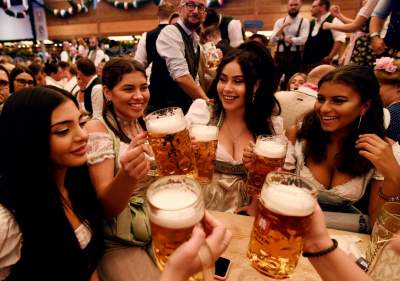 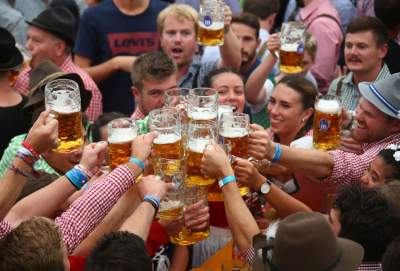 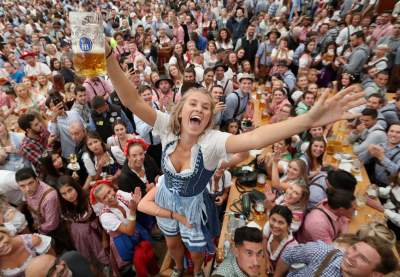 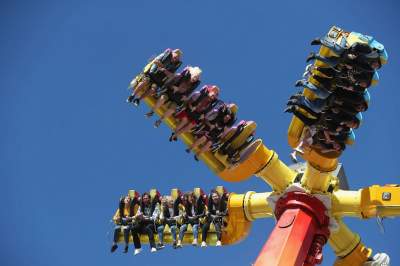