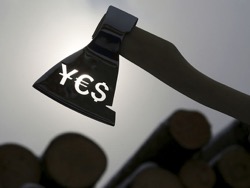 The Ministry of Finance announced that it will spend to purchase foreign currency 203,9 billion by the end of this year. With such volumes, the office market has not yet been. Analysts warn that because of the intervention of the Ministry of Finance, the ruble will be under pressure. Factors that play against the Russian currency so much that the sharp fall in the rate may occur at any time. The next possible orientations for 60-65 rubles per dollar.

In November of this year, the Ministry of Finance has received a lot of additional oil and gas revenues. So much that by the end of December will be directed on purchase of currency by nearly 204 billion rubles This is a record figure since February, when the Finance Ministry released the foreign exchange market.

“The total amount of funds allocated for the purchase of foreign currency on the domestic foreign exchange market, is 203,9 billion. Operations will be conducted in the period from 7 to 28 December 2017, respectively, the daily volume of purchases of foreign currency amount to the equivalent of 12.7 billion rubles”, — stated in the message Department.

At the current rate, the volume of daily purchases of approximately $215 million Last time a comparable amount bought of the Central Bank in may-June 2015 in the framework of foreign exchange intervention.

A favorable environment will allow the Finance Ministry to direct on purchase of foreign currency from 7 February to 28 Dec 2017 nearly 830 billion rubles.

Recall that the purchase transactions of foreign currency involved in the Bank of Russia. Every working day within the specified period, the Central Bank enters into transactions on organised markets of Moscow exchange evenly throughout the trading day. Purchased currency is credited to the account of the Federal Treasury in the Central Bank.

The intervention of the Ministry of Finance in December, will play against the ruble. Analysts say that the actions of the Finance Department will be another factor that lead to the weakening of Russian national currency. The only question is the timing and the scale of the fall.

“In my opinion, the effect will be noticeable, but not predominant. At the end of the year will increase the activity of importers and banks, which will have a stronger effect on the ruble. The actions of the Ministry of Finance will lead to growth in trading volume on average by 6%,” — says Georgiy Vaschenko, head of operations on the Russian stock market IR “freedom Finance”.

In his opinion, the ruble will weaken against the dollar, on the background expected in December, the fed rate hike and rate cut by the Central Bank. He expects by year-end course in the area of 60,50 rubles per dollar.

Among the factors, which push the ruble, Vladimir Vedeneev, head of Department of investments UK “Raiffeisen Capital”, called also the continuing rise of geopolitical tensions associated with the expectations of another round of large-scale sanctions against Russia from the United States.

“For the ruble is now there are so many factors that need to reduce that stability in the range of 56-60 rubles, which he demonstrates past few months can only be explained by the actions of market makers, which, in addition to the Ministry of Finance in the person of the Central Bank, in the near future should be added to the Treasury,” — said the analyst of “ALOR broker” Kirill Yakovenko.

Among the factors pressing in on the ruble, he calls the approach of the New year, “a seasonal drop in the national currency, the approaching presidential elections, creating uncertainty for all types of business.” In addition, an important demand for currency from the population that the devaluation of the 2008 and 2014 taught to keep their savings in dollars.

“Against this background, the purchase by the Finance Ministry to look just one more reason to expect the ruble after the new year above 60, and probably even above 65 rubles per dollar”, — says the analyst.

The Ministry of Finance in its forecast, too, lays higher on the dollar than current market price. In 2017-2020 average nominal exchange rate of the dollar is, according to the Ministry’s forecast of 64.8 rubles in the next 5 years — 71.5 rubles in 2026-2030 years — 77.1 rubles, reminds Kirill Yakovenko.

The Ministry of Finance announces a sharp increase of purchases of foreign currency, the continued growth of oil – is questionable, said Andrew Khokhrin, the chief of Department on work with wealthy clients of IC “Zerich capital Management”.

“Accordingly, the chances of seeing the dollar at higher elevations grow. Perhaps, plus a couple rubles per dollar is a reasonable price reaction that we can in December and see” — he said.

At the same time, he recalled that the previous months of fairly active buying of foreign currency by the Ministry of Finance, in General, are not given growth of its cost. Therefore, 60 to 62 rubles per dollar is a valid end of December interventions.

Under such pressure the monetary authorities of the ruble will not be able to show strengthening, and therefore, even 57 rubles to the dollar – today it is weakly reachable value, says Khokhrin. 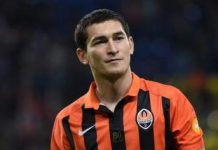