From a distance of more than three hundred kilometers of the lunar module of China looks in the photo meager light speck of dust.

American automatic station Lunar Reconnaissance Orbiter, which circles in the orbit of the moon, made from a distance of 330 km of the crater photo Pocket on the back side of the moon where NASA experts managed to see the Chinese lander “Chang’e-4”.

At this resolution the platform, “Chang’e-4” looks like a bright speck in a few pixels.

Lunar Rover “WiTu-2” in the photo is not visible – too small for such distances. 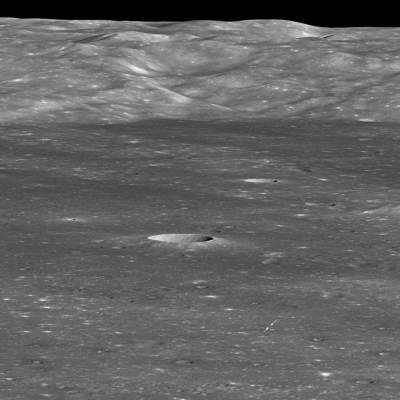 Below to the right of the “Chang’e-4” clearly visible impact crater, 440 m in diameter. 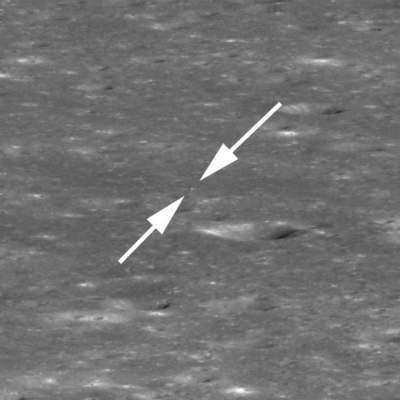 7 December 2018 the carrier rocket “Changzheng-3B” took the spacecraft to the moon. 1200-kg module for the first time in history successfully landed on the back side of the moon and showed her photo and then video.

After landing January 3, the apparatus 10 of the earth’s day photographed the surface of the moon, raised the shoots of cotton (which then froze) and released the Rover. January 14, the region of the satellite covered the night with a temperature of about -190 degrees Celsius: the module and the Rover has been transferred to standby-mode. “Woke up” a stationary camera with the Rover at the end of January.

“Chang’e-4” – continuation of the program “Chang’e-3”, in which five years ago on the moon brought the lunar Rover “WiTu”. Rover mission soon after departure in the field stalled and worked only in stationary mode. He became the first in the last 40 years Lunokhod: before it was the Soviet “Lunokhod-2”, which worked on the surface of the moon four months in January 1973.