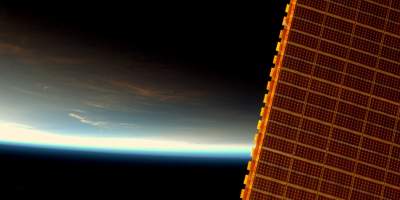 China began to establish the country’s first experimental base for the development of space solar power /CSP/.

The agreement on the creation of this database was signed on Thursday, Chongqing University, XI’an branch of the Chinese research Institute of space technology, XI’an University of electronic science and technology and people’s government of the district of Bishan Chongqing /southwest China/. It was also determined the location of the specified database.

The idea of space solar power was developed a long time, scientists engaged in such research since the 60-ies of the last century. According to this idea, the power plant, bred in the geostationary orbit, “hangs” over one point on the earth’s surface and around the clock the Sun will be almost continuously to generate electricity and wirelessly transmit it to the Ground.

Compared with terrestrial solar power plants the efficiency of the CSE is obvious. As reported by the academician of the Engineering Academy of China, Chongqing University Professor Yang Lijun, if the maximum generating capacity per square meter of solar panel installed in the North-Western regions of China, is about 0.4 kW, then in the stratosphere it is 7-8 kW, and in geostationary orbit, 36 thousand km from the Earth’s surface, can reach 10 to 14 kW.

At the moment, their own program for the development of the CSE has put forward the China, USA and Japan, but they are at the stage of fundamental research.

According to the academician of the Chinese Academy of Sciences, head of the science and technology Committee of the Chinese Corporation of space technology Bao Lamina to create a CSE, you must allow three key questions: how do I output using the booster generator installation in geostationary orbit, and mount them how to transmit electricity from CSP on the Ground and how to ensure the safety of the CSE and the safety of the environment. “Until all these issues are at the stage of basic research”, – said the academician.

As envisaged in the agreement, in the period 2019-2020 in the area of Bishan of Chongqing will be built infrastructural facilities of the experimental base, including ground to run, the pavilion for the testing platform of the balloon, a laboratory building and an iron tower. The total appropriation in their construction will be 200 million yuan of about 29 million US dollars/. This period also planned to conduct experiments on power transmission by microwave method from the platform, located at an altitude of 50-300 meters.

In the period 2021-2025 will be built. CSE medium to small scale in the stratosphere and implemented power generation on the KSE. After 2025 will begin work on the creation and operation of large CSP.