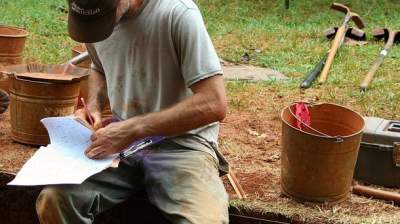 In one of the Chinese provinces, 5 thousand years ago lived an unusually tall and strong people.

Starting in 2016, the archaeologists during excavations of ancient settlements on the territory of the village Tszyaotszy in Shandong province found more than 200 graves and the ruins of more than 100 homes.

It is noted that the found in the graves the skeletons were above 180 cm As the head of the school of history and culture at Shandong University, Fan Hui, the life of these people was even higher.

Their size, he explained the abundance of food sources – the local population successfully cultivated grains and raised pigs. I wonder what the average height of men in the province is 175 cm, while the rest of China – 172 cm

In addition, the remains of the highest people were in the larger graves, which could indicate their higher status.

Judging from the ruins of the houses, life here was quite comfortable – many of them had separate rooms designated for kitchens and bedrooms.