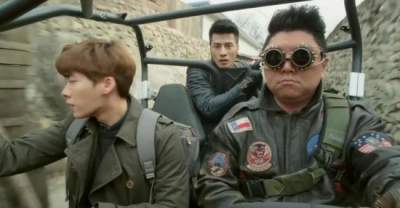 The handcuffs worn on the hands 32 the bandits.

In China, local law enforcement officers conducted a massive operation to detain criminals engaged in plundering ancient tombs. All were detained 32 “black archeologist”, which was part of the seven organized groups.

Also, the police managed to establish the total number of individuals involved in this illegal activity, is not less than 86 people, of which 54 were declared wanted.

Groups conducted their activities on the territory of Shaanxi province, where the looted graves Dating back to the times when the Chinese dynasty of Western Zhou.

The age of some of them over three thousand years. The detainees were seized ancient artifacts to the total number over three hundred. Three of them were identified as the highest national treasure.