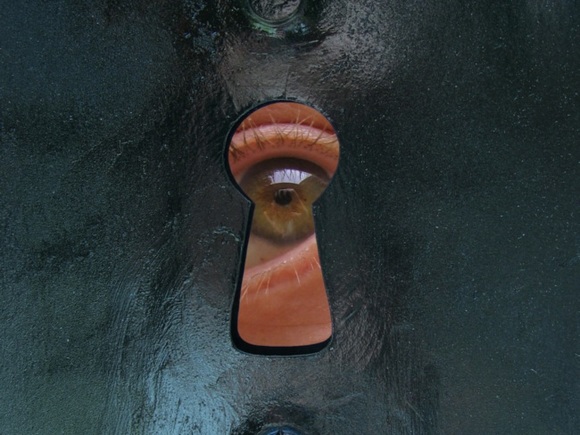 Even the curator of the Nuclear project, Beria at all bloodthirsty not put in jail nor a scientist. Now the government is doing Hara-Kiri.

Arrested and released on his own recognizance, the Director of the physics Institute of the Academy of Sciences corresponding member of RAS Nikolai Kolachevsky. He is suspected of smuggling to Germany of optical materials for military purposes. The LPI searched and a still rare in the scientific centers of the mask show with dozens of machine gunners. Is the science to scientists.

The benefit, however, is that Brava lads through a police visor will see how the modest temple of science. Of the FIAN came almost our Nobel prize winners. Including Basov and Prokhorov, the creators of the pioneers of lasers and modern optics. Because scientists are charged with smuggling of optical materials, it is easy to assume that today Basov and Prokhorov would receive no Nobel prize, but a ticket to jail.

Exports of high-tech products by the President of the Russian Federation declared the strategic direction of the pull, which should provide knowledge-intensive sectors. Progress in optics, the old memory, we can assert itself on the world market. In LPI, ordinary glass can cover a special coating to change the reflectivity in the desired direction. In Germany at the Russian meteorological stations of the “Windows” installed on the laser instruments that measure wind speed. Fine — merit of a small company “Triptiks”, which has worked with the famous max Planck Institute and rents space from the equally famous FIAN. A few small Windows set in Germany with all the necessary permissions. The last two “the window” was arrested on suspicion of their military assignment. The cost of smuggling hard-core exclusive — 1 thousand euros for the “window”. Damage that threatened the homeland, prevented.

“Triptiks” could be our Golden chicken, the equivalent of “Xerox” or “Hewlett Packard”, but the chicken decided to kill at the first sigh. The logic of power structures irrefutable: observations of the weather stations can be used by enemy aircraft. Comrade, watch! By this logic we should ban all exports from Russia. For Russian oil — fuel for NATO tanks, gas — heated barracks, aluminium — wings for airplanes, wheat — feed for the army, the wood butts for rifles, vodka — to lift the spirit. Not to mention rocket engines, which the United States raise in space spy satellites. Bobble came the later.

To comment on the incident difficult. At first glance — alloy triumph of militant ignorance and tyranny. And absurdity, which makes our rare achievements in high technologies in criminal offense and deters the latest innovators and investors. It’s not even shot yourself in the foot. A real harakiri dictated by a paranoid spy and outlived the century ideas about the needs of the state.

The flowering of Russian science occurred in the Nuclear project. Through this project, the world leaders are with Russia. If the Atomic project was not, I hate to think what would go and how the story would have changed our sense of self. The lion’s share of physicists in the Atomic project came from the LPI. Including even some well-known fellows in masks Sakharov, Tamm and Ginsburg. Their names can be found on the reliefs, if the coating on the helmet allows. Anyway, almost all of our Nobel prize winners come from LPI. Remember about the Nuclear project for the reason that his head Beria when his bloodlust is not put in jail nor a scientist, and some even forgave lungs of liberty.

True, he Lavrentiy later turned out to be a British spy. And the most important — larger Penkovsky and Gordievsky even Skripal. But this does not remove the question of why in the era of totalitarianism, the authorities persecuted scientists as assertive and tough as in the era of democracy? The elderly Professor Victor Kudryavtsev, the head of a rocket Institute, Deputy Chairman of the Siberian branch of RAS Ivan blagodir, the famous surgeon, a corresponding member of the Eugene pokushalov are the latest victims. Even earlier — Professor of Russian from Vladivostok, Professor Danilov from Krasnoyarsk, Professor Babkin, of Moscow, ecologist Nikitin from St. Petersburg. The verdict was received by the candidate of Sciences Igor Sutyagin, who analyzed open sources and angling information out of it. He was given 15 years more than Klaus Fuchs who gave the USSR atomic secrets after the Second World war.

Why so have sharply deteriorated relations between the Russian authorities and the Russian science? It can be assumed that the Ogre Beria when he saw scholars, itching and saliva dripping, but its unconditional aim is to make a bomb. The end justifies the means — characteristic of the Soviet legal system. But today’s legal system operates under much more stringent principle — the absence of targets leads to tyranny. Muddy and ridiculous accusations cause a feeling of slander and the use of often defenseless scientists as tools to clarify the relationships within power structures. And the Supreme power will not defend the scientists, for there is in them much need…

About any modernisation, the digital revolution and the knowledge economy with a total ban on contacts with foreign colleagues, however. Charges scientist, which resemble carpet bombing, is a verdict state. Security officials will condemn the country to a rearguard action and are, in essence, a fifth column, no matter how they glorify themselves during the endless professional celebrations.

By the way, doctors pests, as it turned out, because of Lavrenty Pavlovich, the Soviet Union was not found. But it seemed best to create them, the cameras sit. History knows these persecutions became suicidal for the authority of the government. Why step on the old rake and invent scientists pests?

Of course, the LPI is not avoided repression. One day in 1930-ies was arrested academician Vladimir Fock. He was one of the scientists who were taken from prison Pyotr Kapitsa. Son Fock, who also worked at the FIAN told me that after prison, the father said, “I understand what freedom is, when I returned the shoes.” Today freedom is to be poor and nobody needs a scientist.