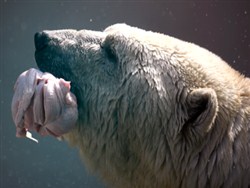 Scientists from the research Institute at children’s hospital in Oakland (USA) found that red and white meat equally raise the level of cholesterol in the blood, contrary to popular belief. About it reported in a press release on MedicalXpress.

According to the researchers, the use of any type of meat increases the amount of low-density lipoprotein (LDL), which is one of the major carriers of cholesterol. The cholesterol associated with LDL, is called bad cholesterol due to its Association with increased risk of atherosclerosis. A comparable amount of plant protein does not lead to such an effect.

In the last few decades the consumption of red meat in Western countries has declined due to concerns regarding its Association with risk of cardiovascular disease. The experts often recommend the use in food of poultry as a healthier alternative to meat mammals. According to the authors of the study, vegetables, dairy products and legumes are more effective in controlling the level of cholesterol.