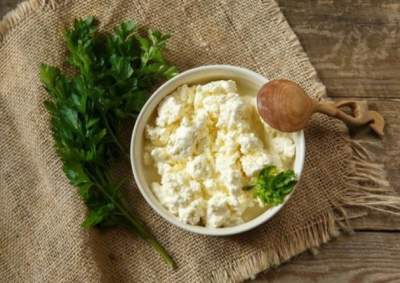 Before bed eat some cottage cheese.

Scientists at the University of Florida spoke about the benefits of consumption of cottage cheese before bed. Dairy product can replace another food containing 30 grams of protein.

According to American scientists, half an hour before bedtime is helpful to eat a small amount of cheese, which has a positive effect on metabolism, as muscles and health in General. For research staff the University has invited active women 20 years old, which was offered for half an hour or an hour before the guests to eat a serving of a dairy product. Changes in the body participating in the experiment, the researchers quickly documented, paying particular attention to muscle recovery and metabolism.

Although such an experience in science is not the first to do this, the authors suggested that the volunteers are not whole food and protein shakes or other concentrates. University staff note that cottage cheese is rich in casein which is slowly digested by the body.

Protein establishes a stable flow of amino acids that serves as a likeness of the building material in the human body. Instead of cottage cheese before bed is suitable and other foods with protein about 30 grams per serving.