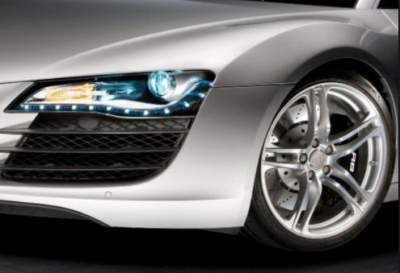 Research proves a serious danger of this type of lighting.

Led lights are increasingly being implemented by the overwhelming majority of car manufacturers and have a number of advantages. They have a long service line, the small size and low energy consumption.

Diodes do not contain harmful substances and do not emit ultraviolet radiation. However, they are a danger to drivers, as evidenced by the report of the British Royal automobile club RAC.

Experts RAC identified that is likely to dazzle drivers of oncoming cars is much higher in a car with led optics. The fact that the beam of light diode lights are more focused and not dissipated. In addition, the human eye detects light diodes, such as white-blue and in the dark it seems brighter than halogen headlights.

Representatives of the RAC stress that up to 15% of drivers lose their orientation due to the headlight glare of oncoming cars and recommend revising existing standards of the automotive headlamps, to improve safety on the roads.