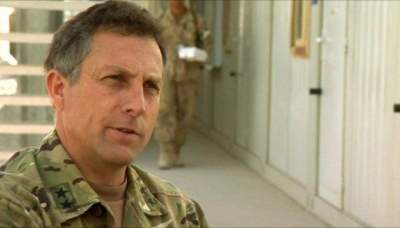 Russia can start military action against any of the countries before the international community will have time to prepare for it.

This opinion was expressed by chief of the General staff of the Armed forces of British General Nick Carter during a speech at the Royal United Institute for defence studies in London.

“I am in no way implying that Russia wants to declare war in the traditional sense, but there are factors that include the issue of intention, you also have to understand Russian psychology, culture and philosophy of prevention. In my opinion, Russia can start fighting faster than we expected, and much earlier than we would have done in similar circumstances,” Carter said.

According to him, Moscow is likely to try to use the legislation regulating the actions of members of NATO. “With high probability, they use a bad article 5 of the NATO agreement in order to neutralize NATO’s capabilities and to threaten the very structure that ensures our security and defense. That’s the principle of partition and dominion, to prevent which it was created and the current international order,” the General said.

He added that the new Russian aggression is unlikely to have the same form as the previous one. “It is unlikely that hostile actions will begin with “little green men”. Getting them to put something unexpected. We should not take what we have already seen how a template for the future,” concluded Carter.