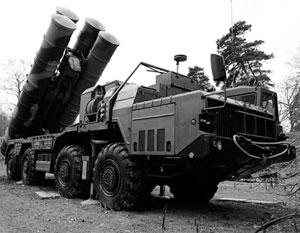 The most dangerous types of Russian weapons, which requires the UK soonest reply are s-400, and coastal missile complex “Bastion-P” and operational-tactical complex “Iskander”, said the assistant chief of the air staff of great Britain on the potential and readiness of Julian ball.

Boll said that Russia created with these missile systems, area access restrictions and maneuvers (A2/AD – the concept of deterrence of the enemy (usually a weapon) by creating a high risk for dislocation or movement of its forces into the protected area – approx. OPINION) questioned the ability of Britain to react quickly to changing situations, RIA “Novosti”.

He also proposed to deal with these limitations by using artificial intelligence, development of advanced weapons and changes in tactics of military operations.

We will remind, on July 4 in Britain nervously reacted to the teachings of the Russian corvettes in the Norwegian sea, linking them with the termination of Russia’s participation in the Treaty on the elimination of intermediate-range and shorter-range.