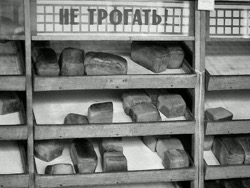 Not in the sense that we loved it there because were poor, hungry, and the bread saved our young organisms from lack of calories. We loved him at all. As an idea, as a symbol, as something very important, firm and beautiful…

We’re growing in the war movies, the stories of his grandfather about how the mother baked him and his seven brothers bread from quinoa, on my grandmother’s reproachful glance when a half-eaten crust went in the trash. And grandma always raked up bread crumbs from the table into my hand, and a mean one movement sent them into his mouth.

We respect the bread. Boasted, of course, throwing rump in the school cafeteria. But it was precisely the element of rebellion. A terrible crime for which, mind you we were adults, there would be an immediate payback. And we, after the deed was very ashamed. After all, it’s the bread. This is the work of many people and saving many other people from starvation.

In General, we loved the bread. We have learned to love him, and we carried this love, this respect, this almost religious awe through our whole lives. 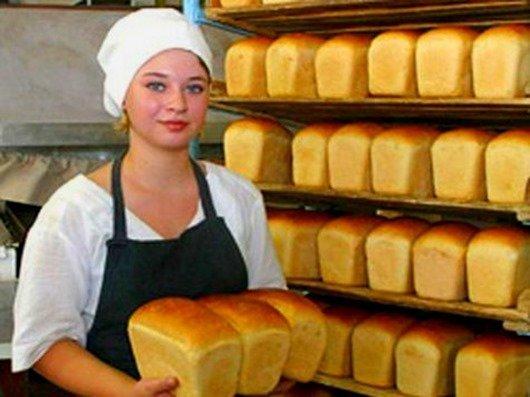 So, mom sent you to the bakery. Was given a bag, 30 cents in change, and valuable guidance. And strictly punish the change is not to spend, not loafing and to convey to buy the house in one piece, preferably for dinner.

And then begins the adventure. You walk into a bakery, make their way to the shelves of bread, take (well, you’re a grown respectable man and everything is already able to do at six years old) dvuhpunktovoy fork, tied the twine to the rack in hammered clove, and start to check the bread for freshness.

Then crushed, then pressed, then carefully (so nobody can see) poked, and decided to take. True mom punished only bread and nothing but bread – but you have as much as 30 cents, and kopeck piece you found just under the counter. And so the 10 cents you have “extra”, and you can spend on fresh, unbearably sweet bun with raisins. Take? Well, of course we take.

Bun is eaten right on the porch, because it is impossible to endure another second, and then you wander home, getting boots snow and somehow unwittingly bite the baton over the edge. In the cold it is so fragrant, so tight, such a little sweetie. And you have to pry the teeth more bite – KRO-o-vsechny that the mother did not notice. And then another one. And more.

“Is that all” ? – splashnet mom’s hands, when are you blushing, you hand her the bag of sad bread stub. And laugh.”Well, okay. A neighbor interceptions. But to more no-no”.

And you’re satisfied, happy and doting mother, neighbor and life itself.

It was possible to take half or a quarter. Was this bread is slightly sour, incredibly tasty flaky crust. And there was nothing better than to grab the top crust, sprinkle it with coarse salt and quickly leverage. 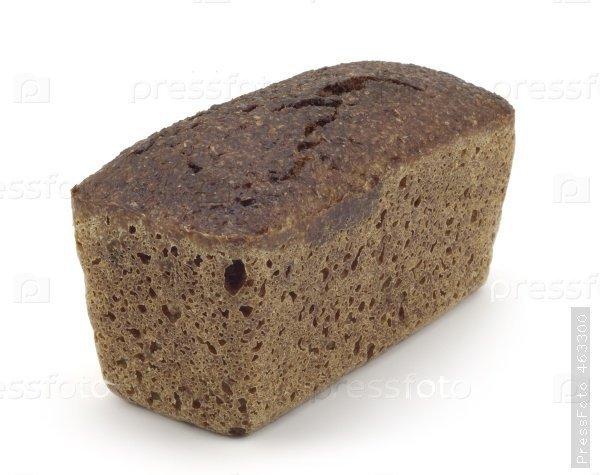 With coriander, so not for everybody. Someone does not feed bread (sorry for the stupid pun) – let me chew on this tart fragrant bread, and someone’s nose from his bosses, because it is not clear what is the all you can eat. 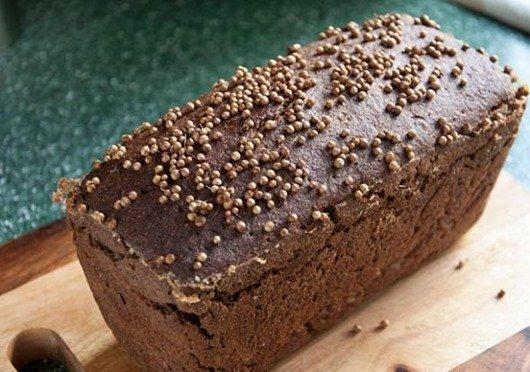 The grey chunk of bread for 14 cents

Fresh, a bit loose and so… kind. Very good he was with my mother’s soup, soup and butter. Moreover, the oil also wouldn’t hurt to add salt 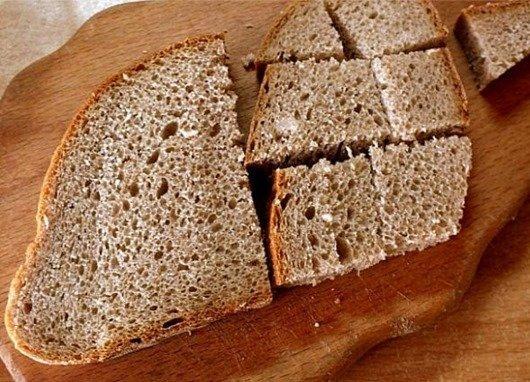 We remember the normal, yellowish on fracture, slightly salty to the taste of white brick. Great with him was the butter-cheese sandwiches should be noted. And elders reminded us of the existence of another white brick, which consisted of four segments-rolls. It was possible not to cut, and easy to break. 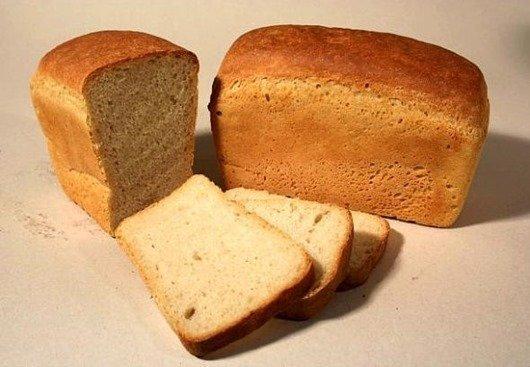 White 22 pennies – satanity baton of our childhood. Was always available and was used by itself, with butter, with sausage, with pasta (of course), jam and sugar. You by the way, remember that when the house was not sweet (that’s even friggin varingica left), you can easily cut up a piece of bread, thickly sprinkle with sugar, and vkusnotischa! 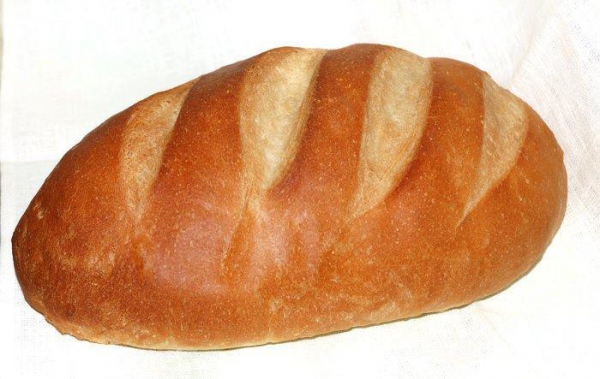 Sweet, tender, almost sweet. Was terrific with milk. So the morning I take a batch, you run for the milk on the way zaletelj to the bakery – and there is just fresh bread brought… Then you can not tell. The elders say that in the early 70’s from the province came for these loaves and took them home in the bags instead of treats. 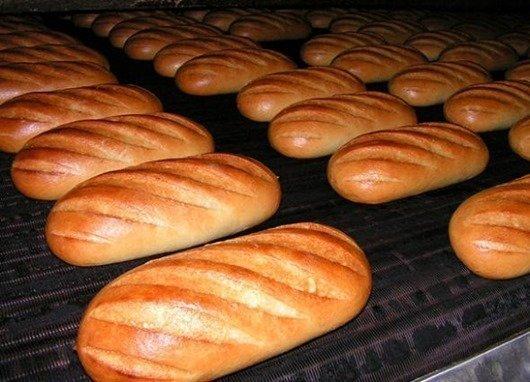 Where is she? Where is this nice looking with crispy ribs in the middle of the loaf? What are you, adversary! Well this was a miracle of the Soviet bakery industry. It can be cut into little sandwiches, and you can just her white tight barrel to pinch off pieces and enjoy her impeccable taste. 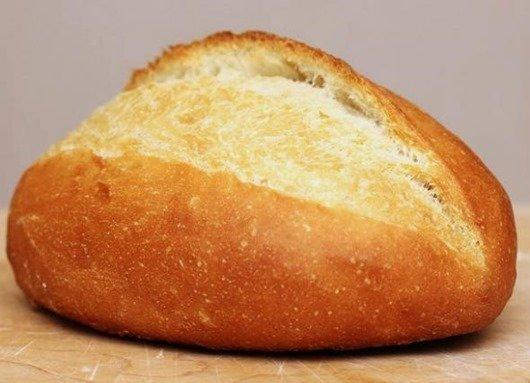 A bagel at 4 cents

A roguelike where? He was so “fluffy” and tender! He is so pliable stratified and so shamelessly melted in your mouth, that it was impossible to share with someone else. “I am yours, I am yours”! he whispered, she would take him in hand. Where is the bagel, we ask? Your many croissants, but they are only weak similarity to our bagel. 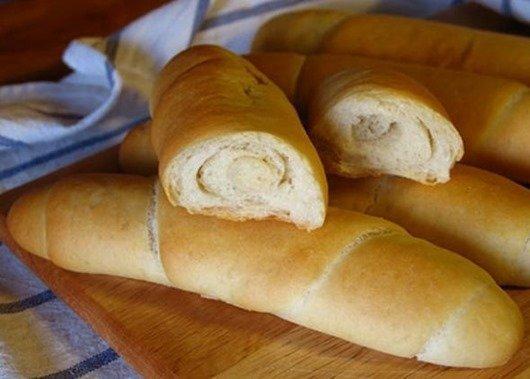 Small round rolls for 3 cents apiece

And yet they are sold in a plastic “stocking” of five pieces in a row. I hope that the memory of us has not changed, and still five pieces instead of three. In General, it was a pretty typical fresh white rolls, but they were overseas chic. And this non-Soviet packaging, and size – also, let’s be honest, not Imperial – all erected a three-buns in the category of luxury 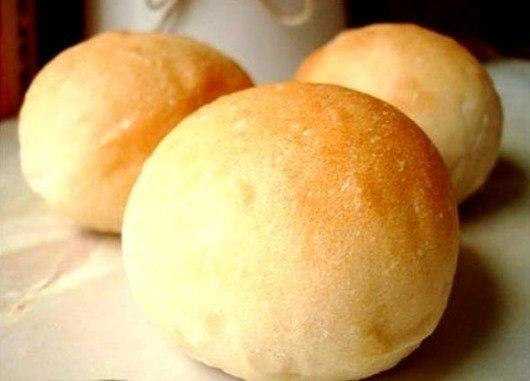 Brioche pastry for 9 cents and buns for 10 cents

Must be fresh. If a little dry, they turn into a butter biscuit. However, fans were dried muffin, but we do not belong to them. We remember with delight still warm, tender, vozdushnaya, silnejsie rolls. 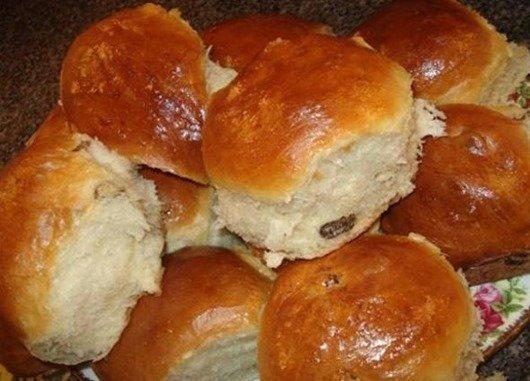 The usual bagels, cracknels with poppy seeds. They’re bagels. Of course there had to with milk, or with jelly. Well, with homemade compote for emergencies. 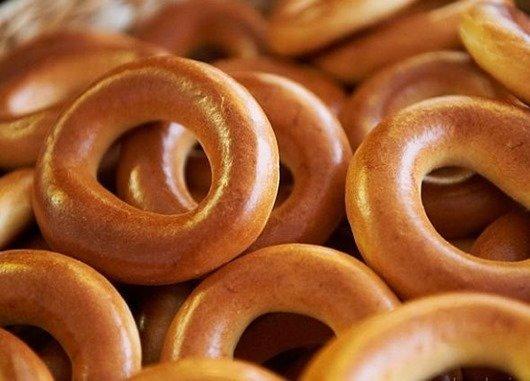 Rolls – big, soft, such that it would be desirable near them in awe to stand still for a second, then to take a knife and cut into large, hearty chunks of bread. The rolls, by the way, in all the bakeries in a row was not sold. Needed to know. 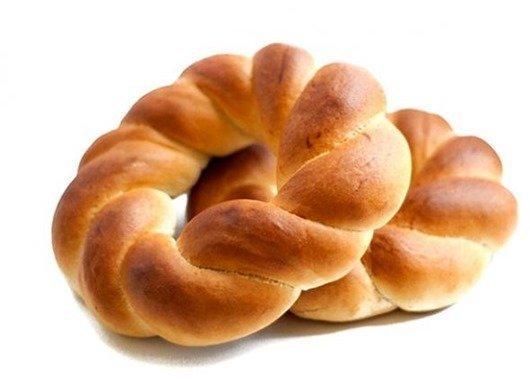 And, of course, drying

The usual drying and butter. Drying with poppy seeds. Pink drying with the addition of berry syrup. Drying round, oval and drying. Drying were in every Soviet house. Hang them with garland somewhere under the kitchen window, and there broke off one by one and with pleasure gnawed. Cost of drying, by the way, is quite expensive – somewhere on the ruble pounds. But the rouble they could buy a whole mountain. 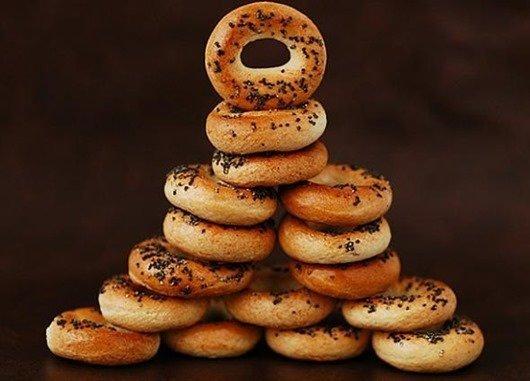 By the way, the prices can vary, as was the waist, the range is almost the same.

It seems to me that the bread was more flavorful, it was real. Perhaps the age of…well, you know, the grass is greener and the girls are younger. But normal rye now not to buy, say changed the recipe, but sorry… 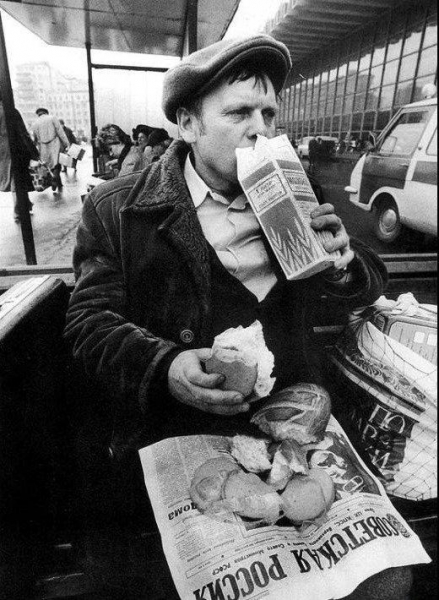 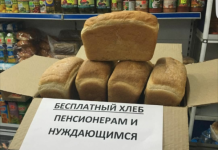 The owner of the shop handed out free bread to seniors, in response to received aggression 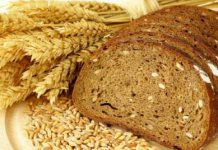 Named the best types of bread for those who follow weight 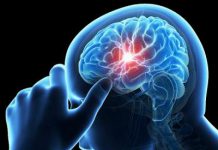 The classic symptoms of mini-strokes, which is useful to remember 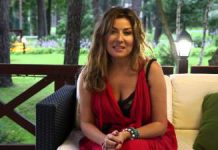 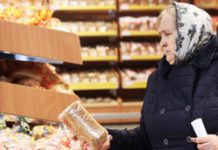