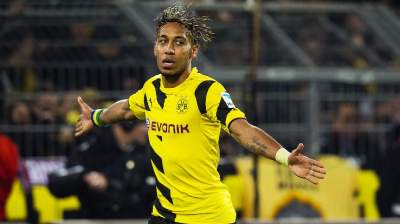 Borussia Dortmund is preparing to pull off the biggest transfer in the club’s history.

72 million euros, Borussia D releases his top scorer in the “Guangzhou Evergrande”, headed by the winner of the Golden ball and world champion Fabio Cannavaro.

Aubameyang could be in China last summer, but his transition into the “Tianjin Canizzano” did not take place.

According to the information portal “Transfermarket,” the Chinese club in the fight for the Forward ahead of Atletico Madrid, Arsenal and Everton.

Five incomplete seasons in Germany Aubameyang in all tournaments played 212 games in which he scored 141 goal and gave 36 assists.

Pierre-Emerick Aubameyang is the third scorer in the history of Borussia Dortmund, behind Michael Zorka only 18 goals.