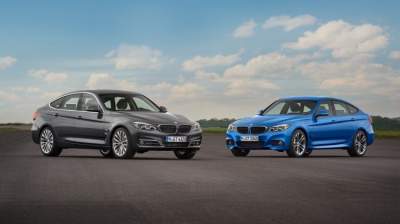 Soon BMW will optimize the development of new models.

The company officially confirmed that the model of the BMW 3 Series Gran Turismo will not develop a successor on the basis of the new generation sedan.

After the release of the latest model car will be removed from production. This is stated in the BMW report on the financial results for the first quarter of 2019. The same information was confirmed by the head of brand Harald Kruger.

Informed about such prospects were discussed and the Executive Director of the BMW by Klaus fröhlich. According to him, the 3 Series GT is inferior in sales of crossovers, but still does not fit in the model range 3 Series, sedan and station wagon.

However, only these news didn’t stop there. Head of BMW confirmed in 2021 will enter the market electric crossover BMW iNext with the autopilot to level 3. And the brand will make 500 test prototypes of the BMW iNext systems Level 4 and Level 5. Declared a reserve of electric of not less than 600 kilometers. And manage the basic functions will occur through a variety of displays.

Also in the near future BMW will optimize the development of new models. For example, by 2024, modern digital technologies allow to produce 2,500 test prototypes less. And since 2021 will be put into operation a new modular platform. This will help to reduce by half the number of engine variants and transmissions.